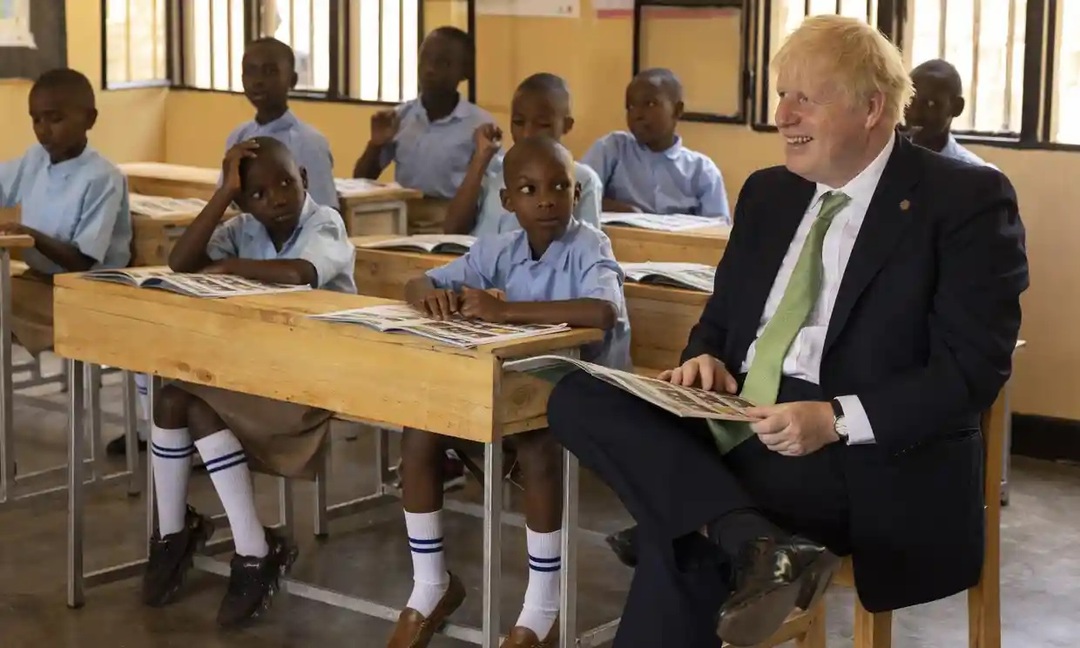 Boris Johnson attends a lesson during a visit to the GS Kacyiru II school on 23 June, where reporters asked him about his meeting with Prince Charles the following day. Photograph: Dan Kitwood/AP

British Prime Minister Boris Johnson has stressed that he does not rule out the deportation of Ukrainian refugees to Rwanda if they make illegal entry into the UK.

“The only circumstances in which people will be sent to Rwanda would be if they come to the UK illegally, and thereby undermine the safe and legal routes that we have. I think we are giving 130,000 visas to Ukrainians and they have at least two very good routes for coming to this country,” he said.

“But if you come here illegally, you’re undermining all those who come here legally. And it’s crazy. So I’m afraid the answer is I suppose, yes, in theory that could happen. But I think it’s very unlikely.”

Johnson’s statement came during a visit to the Rwandan capital, Kigali, to attend a summit of Commonwealth countries where global challenges are being discussed.

The Rwandan government confirmed it has already received £120m from the UK government to house asylum seekers who have yet to arrive, and has spent a proportion of the money.

The prime minister also urged Nato and G7 countries not to settle for a “bad peace” in the conflict between Ukraine and Russia, saying it would lead to escalation by Vladimir Putin’s war machine.