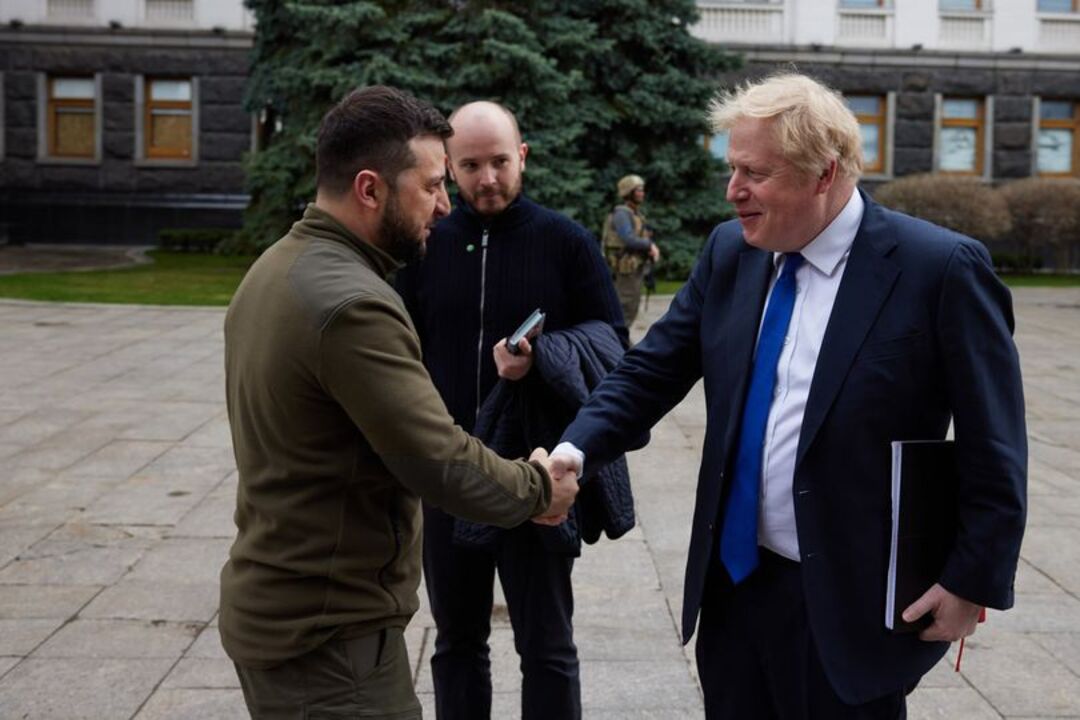 Today (Apr 9) I met my friend President Zelenskyy in Kyiv as a show of our unwavering support for the people of Ukraine. We're setting out a new package of financial and military aid which is a testament of our commitment to his country's struggle against Russia’s barbaric campaign (File photo: Boris Johnson official Facebook page)

In an interview with Bloomberg, Johnson said that the M270 Multiple Launch Rocket System (MLRS) platform would “enable [the Ukrainians] to defend themselves against this very brutal Russian artillery, and that’s where the world needs to go.”

Johnson stated: “It’s absolutely vital we continue to support the Ukrainians militarily." However, he did not say whether the UK would commit any of its 42 MLRS systems to Kiev.

Speaking to Bloomberg, Boris Johnson claimed that Russia’s military progress in the Donbass was “slow,” but admitted that it was “I’m afraid, palpable.”

Sending such systems would represent a major escalation in the arms pipeline to Kiev, but the US is already considering such a step.

The MLRS and HIMARS systems are the latest weapons touted by the West as potential “game changers” for Ukraine.

Getting these heavy vehicles and their ammunition into Ukraine could also prove problematic.

Russia has declared convoys and warehouses of Western arms “legitimate targets,” and regularly carries out air and missile strikes on stockpiles of these weapons inside Ukraine.

Jointly developed by the US, UK, West Germany, France and Israel in the late 1970s, the M270 can fire a salvo of 12 rockets up to 50 miles (80 kilometers) from the back of a tracked vehicle.

Some 1,300 units have been built since 1980, with the vast majority fielded by the US and the rest used by Washington’s NATO allies and some countries in the Middle East and Asia.

Ukrainian officials have pleaded with the West for M270 systems and for the US-made M142 HIMARS, essentially a more lightweight version of the M270 that can fire six rockets at the same range, or a single missile up to 190 miles (300 kilometers).

The Biden administration may announce deliveries of both the M270 and M142 platforms to Ukraine as early as next week, CNN reported on Thursday, citing government officials.

However, US officials told CNN and Reuters that Washington was concerned about Ukraine using the M142’s longer-range projectiles to strike targets inside Russia, which would carry a “risk of escalation.”