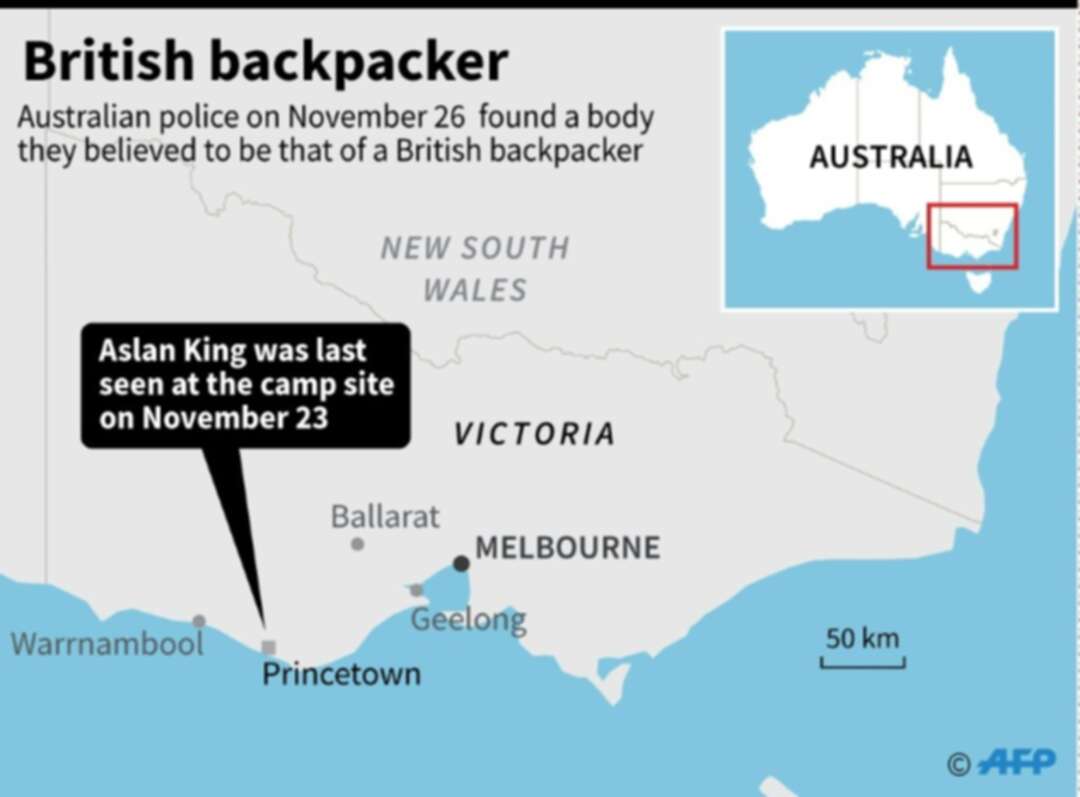 Australian police on Tuesday found a body they believed to be that of a British backpacker who ran from a campsite on the weekend, prompting an intensive search.

"Officers are yet to formally identify the body" police said in a statement. "However, it is believed to be Aslan King."

King was last seen at a camping ground in Princetown, on the popular and picturesque Great Ocean Road, at about 2 am on Saturday.

He had been camping with friends near the Twelve Apostles about three hours from Melbourne when he had a "medical episode" and hit his head, before suddenly running into bushland.

Fearing King -- who had been on holiday in Australia for two weeks -- had become disorientated and lost in the bush, police deployed a helicopter, horses, motorcycle riders, specialist rescue teams and volunteers to find him.

"The body was located about 10:15 am this morning in a creek just over a kilometer from the camping ground where Aslan was last seen," police said.

"Investigators will prepare a report for the coroner."