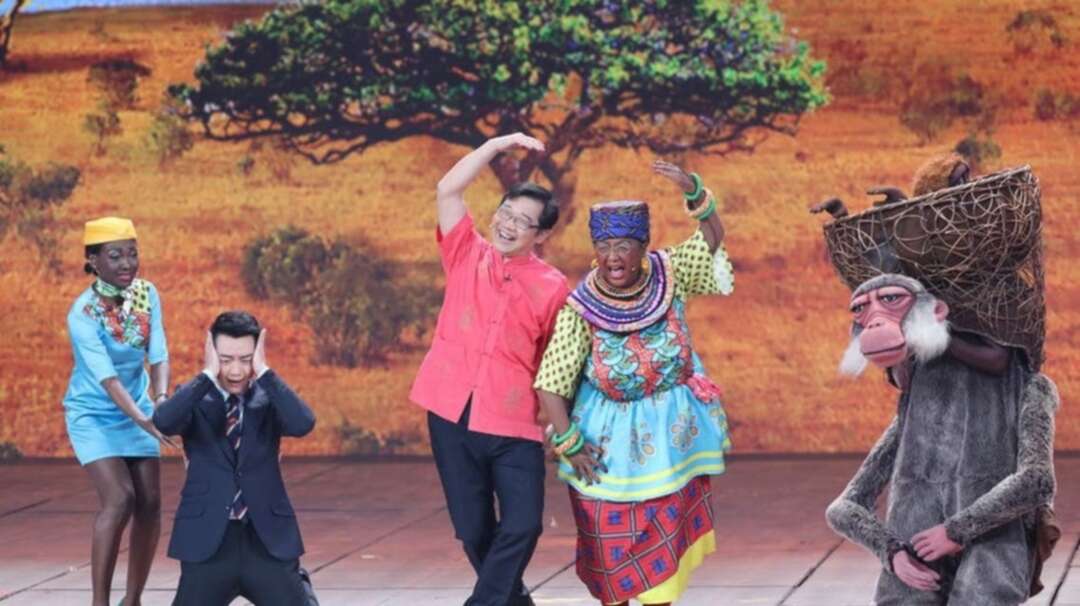 Spring Festival Gala with some Chinese actors in blackface. (Reuters)

China’s state broadcaster has come under fire once more for a performance featuring dancers made up to look African during its annual gala show to celebrate the Lunar New Year.

During CCTV’s four-hour show which typically draws hundreds of millions of viewers, performers appeared on stage wearing outfits that approximated African clothing and had darkened their skin with make-up.The New Year Gala director team is just stupid and vicious,” said one of a number of users who took to Weibo, China’s Twitter-like social media platform, to criticize the skit. 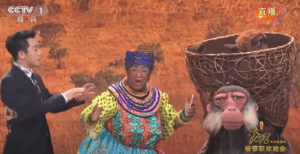 “Is there any difference between Chinese people doing blackface and white people slanting their eyes to make fun of Asians?”

The gala sparked similar controversy in 2018 over a skit featuring actress Lou Naiming. She appeared on stage in colorful garb, her face and arms colored brown, carrying a fruit basket on her head and accompanied by someone costumed as a monkey.

Organizations and advocates for Africans in China also lambasted the show, which aired Thursday evening.

“While supporters of the practice allege that blackface centers on empathy & realism, it’s difficult to disassociate it from a long history of minstrelsy & fixation on problematic caricatures,” Black China Caucus, an activist group, said on Twitter.

Chinese actors dressed in blackface during a CCTV performance on Lunar New Year. (Screengrab via YouTube)

“Next year, we hope organizers decide to end this practice & hire some of thousands of Black people living in many parts of China.”

China’s foreign ministry did not immediately respond to a Reuters request for comment on Friday, a public holiday. A representative for CCTV could not be reached for comment.

The show, which this year focused on celebrating Chinese medical workers and the country’s space program, has been a television staple since it was first broadcast in 1983.