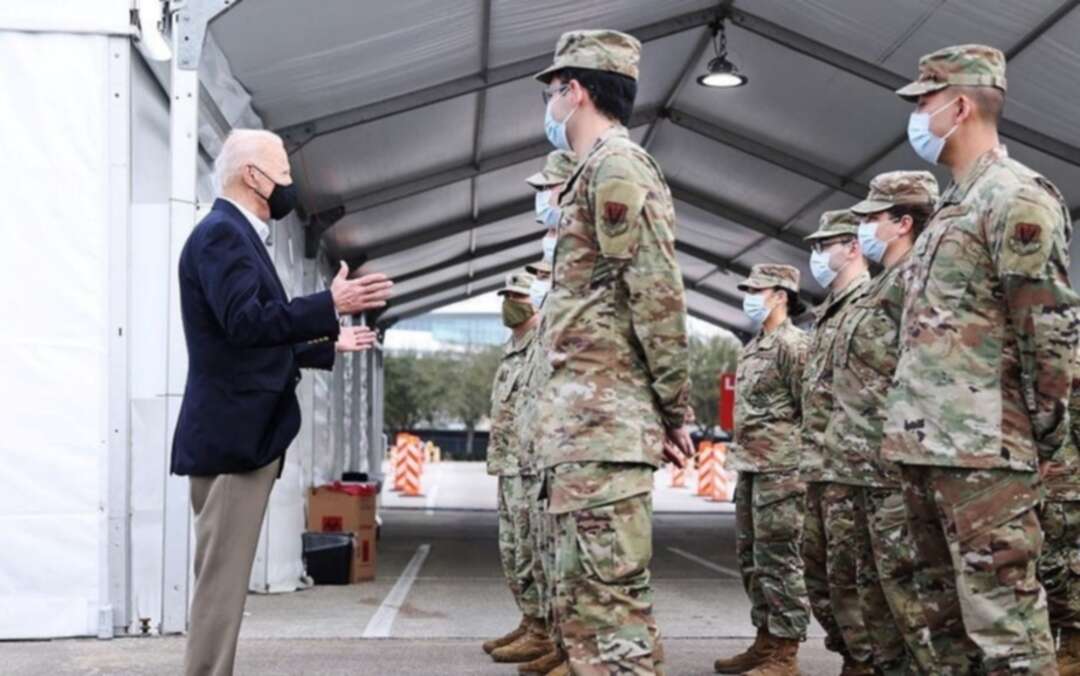 US President Joe Biden addresses troops from a medical unit who are helping to run a vaccination site for the coronavirus disease in, Texas, Feb. 26, 2021. (Reuters)

US President Joe Biden warned Tehran on Friday to “be careful,” hours after he ordered an airstrike on an Iran-backed militia inside Syria.

Asked what message he was trying to send to Iran, Biden told reporters during a trip to Texas: “You can’t act with impunity. Be careful.”

Overnight Thursday, US forces carried out an airstrike on Kata’ib Hezbollah and other Iranian proxies near the Syrian border with Iraq. Biden ordered the strikes after being given several options to respond to an uptick in attacks on US and Coalition personnel inside Iraq.

Rather than striking in Iraq, Biden chose to hit in Syria what he and US officials claim was used by the same groups who carried out the Iraq attacks.

But the US president has faced a divided response back home, and a brunt of the criticism came from his own Democratic party.

Biden’s critics have questioned the legality of the strike, which was welcomed by senior Republican lawmakers and senators.

“As a matter of domestic law, the President took this action pursuant to his Article 2 authority to defend US personnel,” Psaki told reporters aboard Air Force One. “The targets were chosen to correspond to the recent attacks on facilities and to deter the risk of additional attacks over the coming weeks,” she said.

Psaki went on to say the US airstrike was also in line with international law “pursuant to its right of self-defense.

“The strikes were both necessary to address the threat and proportionate to the prior attacks.”

Defense Secretary Lloyd Austin told reporters that the strike “was my recommendation.”

“We’ve said a number of times we will respond and -- you know, on our timeline. Once again, we want to be sure of the connectivity; we want to make sure that we had the right target,” he said. 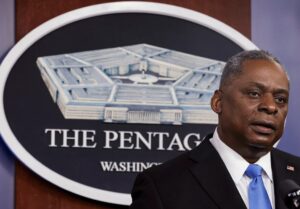 Senator Tim Kaine, an outspoken critic of US military action abroad, demanded to hear the administration’s “rationale for these strikes … without coming to Congress.”

However, the airstrike was a response to the recent attacks on US troops and allies abroad.

Progressive Democrats said they were worried about the legal justification of the strike. “The Administration must provide a legal rationale for the airstrikes in Syria and why these strikes met the high bar for military action without Congressional approval,” one member of Congress tweeted.

“Appreciate Biden Administration striking Iranian-backed militia groups in Syria who’ve been pushing attacks against American forces in Iraq and other locations,” Graham tweeted. “It is imperative that our enemies know that attacking Americans comes at a cost.”

For his part, Rubio characterized the strikes as “targeted, proportional and necessary.”

As for more details on the strike and the decision-making behind it, the National Security Council has said there would be a classified briefing early next week. The top Democrat in Congress, Nancy Pelosi, was also reportedly notified of the strike ahead of time.

Pelosi criticized former US President Donald Trump for carrying out an attack against Syrian regime forces in 2018 after using chemical weapons to attack civilians inside the war-torn country. Pelosi at the time said the authorization to strike was needed from Congress.

She has not commented on Thursday night’s airstrike ordered by the Democrat president.