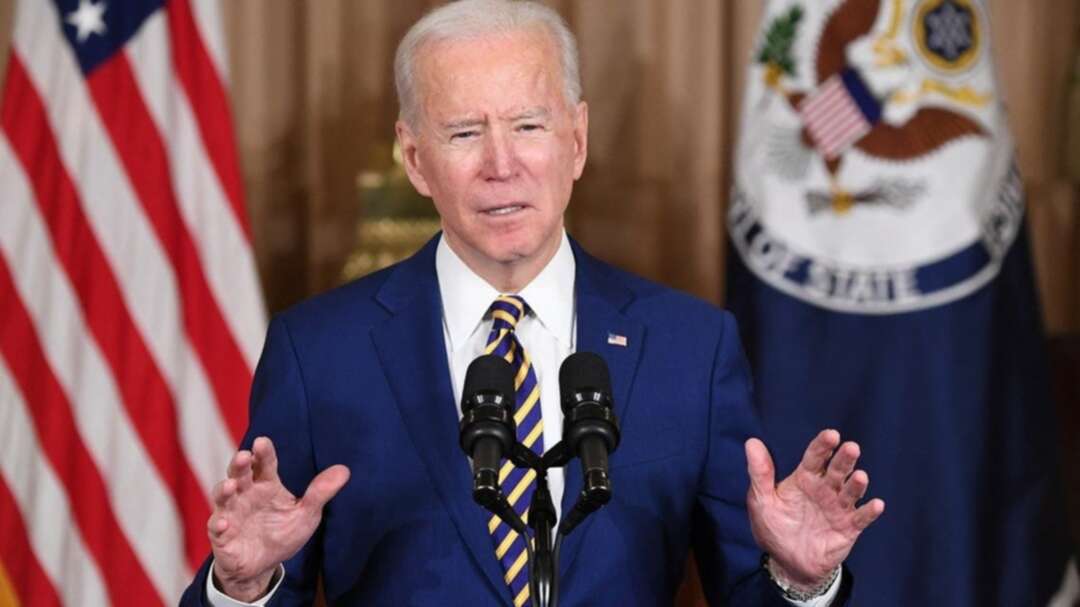 US President Joe Biden speaks about foreign policy at the State Department, on February 4, 2021. (AFP)

US President Joe Biden said Friday it was too early to know whether indirect talks underway with Iran would succeed in reviving a nuclear accord. Iran talks

Biden said the United States does "not think that it's at all helpful" that Iran this week ramped up uranium enrichment, a move taken in response to sabotage on a nuclear facility believed to have been carried out by Israel.

"We are nonetheless pleased that Iran has continued to agree to engage in discussions," Biden said at a joint news conference with Japanese Prime Minister Yoshihide Suga.

"I think it's premature to make a judgment as to what the outcome will be, but I think we're still talking," Biden said.

He reiterated that he supported the 2015 agreement negotiated when he was vice president but would not make "major concessions" to return to it.

Former president Donald Trump trashed the agreement -- under which Iran was promised sanctions relief in return for major curbs on its nuclear program -- and instead imposed sweeping economic punishment including a unilateral ban on other nations buying its oil.

Iran wants the United States to lift sanctions before it rolls back the measures it took in protest which led the country away from compliance.

The State Department said Friday that the US delegation would remain in Vienna, where it is holding indirect talks with Iran through European intermediaries. Iran talks