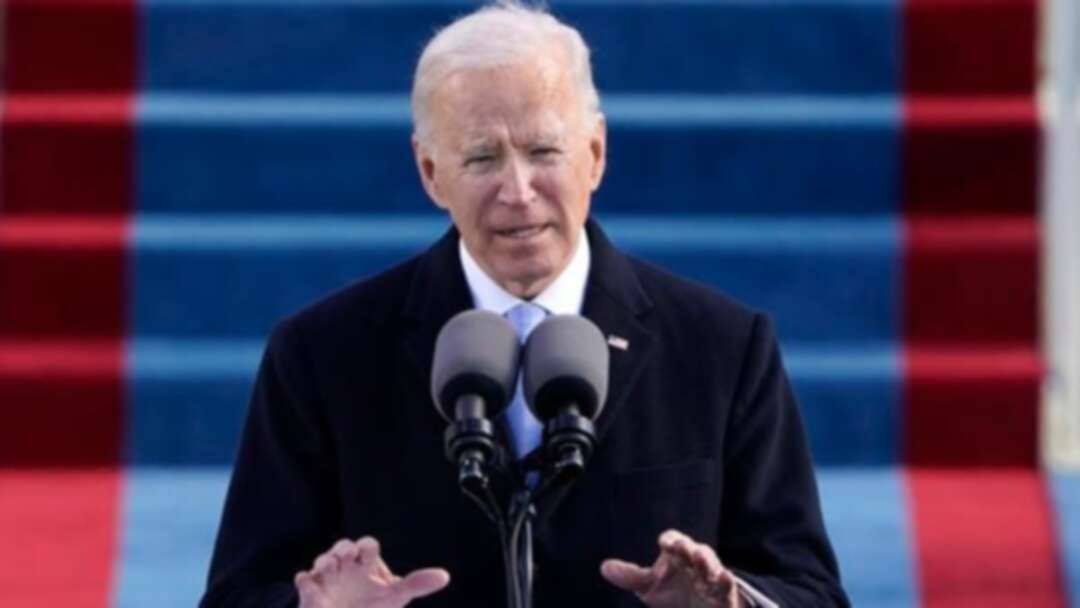 President Joe Biden speaks at the Capitol in Washington DC on January 20, 2021. (AP)

Biden will sign an executive order aimed at closing loopholes in existing “Buy American” provisions, which structure the $600 billion in goods and services the federal government buys each year, making any waivers more transparent, and creating a senior White House role to oversee the process.

Increasing US manufacturing, a central tenet of Biden’s presidential campaign, has proven a vexing challenge for previous administrations, including that of former President Donald Trump.

Lower wages and weaker environmental standards have triggered the exodus of key manufacturing capabilities to China and other countries in recent decades, including medical equipment, resulting in critical gaps laid bare during the COVID-19 pandemic.

China overtook the US as the world’s top manufacturer in 2010, and was responsible for 28 percent of global output in 2018, according to United Nations data.

Rebuilding critical supply chains and developing new ones is critical to US growth, trade experts say.

The US trade deficit surged to $68 billion in November, its highest level in 14 years, as businesses scrambled to fill shelves with foreign goods and supply domestic factories reliant on foreign parts, offsetting a rise in exports.

“The US spends about $600 billion a year on contracts, and that is money that...can also serve to spur a revitalization of our industrial strength and help to create markets for new technologies,” the official said.

The order directs federal agencies to reevaluate the threshold used to determine US content, to prevent companies it buys from from importing largely foreign-made goods and selling them as US-made after making just minor tweaks.

It sets a deadline of 180 days for regulators to finalize changes once proposed, and orders up a new website to ensure transparency about any waivers granted. The official gave no new percentages for required US content, saying they would be determined as a result of the process being launched on Monday.

The move is part of Biden’s broader push to drive up wages, create more union jobs and strengthen US supply chains, the official said. 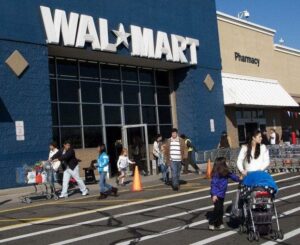 “He does not accept the defeatist idea that automation, globalization mean that we can’t have good-paying union jobs here in America,” the official said.

The challenge in buying more US-made goods is partly a reflection of the erosion of many basic industries. Major US retailers, including Wal-Mart, have launched high profile “Made in America” campaigns, only to court foreign manufacturers afterward to get the goods consumers wanted. In 2015, the retailer faced a probe by the Federal Trade Commission for labeling products that were only partly made in the country.

Business groups blasted the Trump administration’s push to expand “Buy American” mandates to the medical equipment and pharmaceutical sectors, warning they could worsen shortages during the pandemic.

Asked if the order would be seen as protectionist, the official said it was fully consistent with US commitments under the World Trade Organization. The White House hopes to work with trade partners to modernize global rules, he said.

The process beginning Monday would “make sure that we are using procurement going forward in a way that actually builds domestic capacity, particularly in those areas where we have acute economic or national security needs and vulnerabilities,” he said.