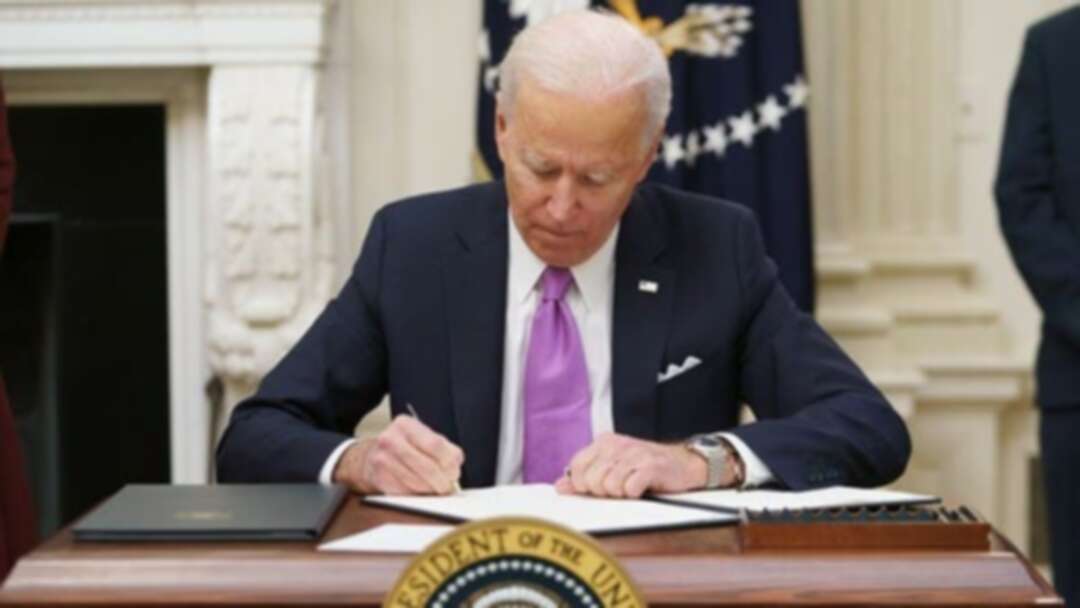 US President Joe Biden signs executive orders as part of the Covid-19 response in the State Dining Room of the White House, Jan. 21, 2021. (File photo: AFP)

President Joe Biden made his first calls to foreign leaders as America’s commander in chief on Friday, dialing up Canadian Prime Minister Justin Trudeau and Mexican President Andrés Manuel López Obrador at a strained moment for the US relationship with its North American neighbors.

Biden’s call to Trudeau came after the Canadian prime minister this week publicly expressed disappointment over Biden’s decision — one of his first acts as president — to issue an executive order halting construction of the Keystone XL oil pipeline. The long disputed project was projected to carry some 800,000 barrels of oil a day from the tar sands of Alberta to the Texas Gulf Coast, passing through Montana, South Dakota, Nebraska, Kansas and Oklahoma.In their private conversation, Biden told Trudeau that by issuing the order he was following through on a campaign pledge to stop construction of the pipeline, a senior Canadian government official told The Associated Press. The official spoke on the condition of anonymity to discuss the private conversation between the nations’ leaders. 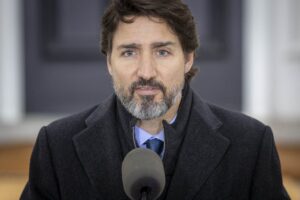 The White House said in a statement that Biden, during the conversation, acknowledged Trudeau’s disappointment with his Keystone decision.

Biden also spoke with López Obrador on Friday, days after the Mexican president accused the US Drug Enforcement Administration of fabricating drug trafficking charges against the country’s former defense secretary.

While Mexico continues to pledge to block mass movements of Central American migrants toward the US border, there has been no shortage of potential flashpoints between the two countries.

Mexico demanded the return of former defense secretary Gen. Salvador Cienfuegos after he was arrested in Los Angeles in October, threatening to restrict US agents in Mexico if he wasn’t returned. US prosecutors agreed to drop charges and return Cienfuegos to Mexico.

But Mexico passed a law restricting foreign agents and removing their immunity anyway, and went on to publish the US case file against Cienfuegos, whom Mexican prosecutors quickly cleared of any charges.

López Obrador said in a statement that the conversation with Biden was “friendly and respectful.” The two discussed immigration and COVID-19, among other issues.