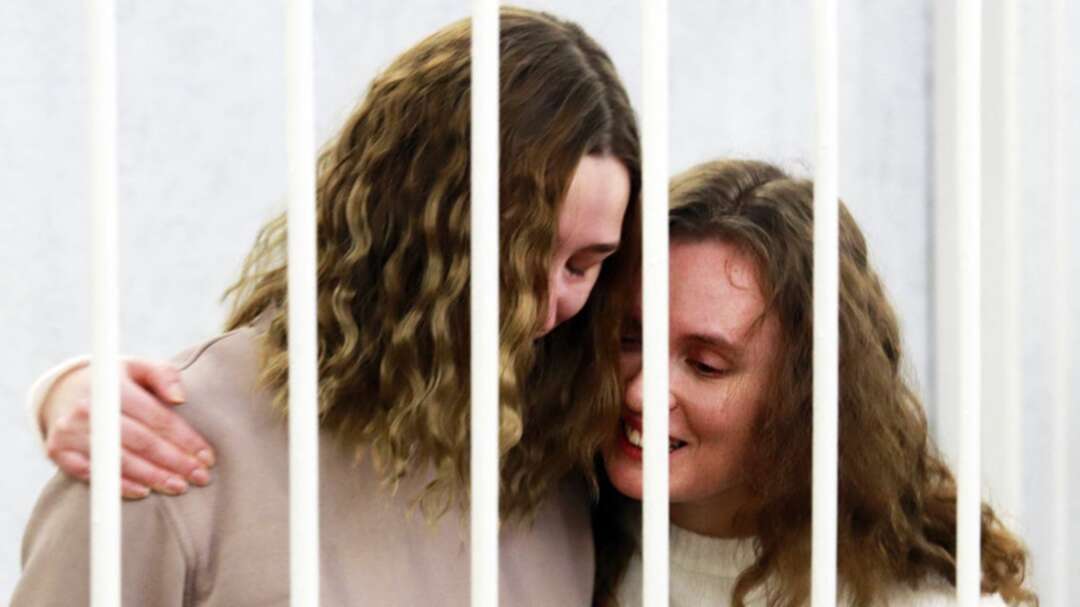 Katsiaryna Andreyeva, 27, and Darya Chultsova, 23, were detained in an apartment in November from where they had been filming protests taking place over the death of a protester who was killed several days earlier.

Both women pleaded not guilty after being accused of orchestrating the demonstrations by filming them. As material evidence, the prosecution had presented a video camera, a microphone, mobile phones, flash drives and press jackets.

The two journalists appeared in a cage at the hearing on Thursday, making “V” for victory signs. 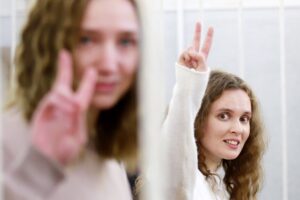 More than 33,000 people have been detained in a violent crackdown on protests against Lukashenko’s rule following a contested election last August that his opponents say was rigged to extend his rule. He has been in office since 1994.

The crackdown prompted Western countries to impose new sanctions on Minsk. Lukashenko has refused to step down, buttressed by support from Moscow, which sees Belarus as a buffer state against the European Union and NATO.

The New York-based Committee to Protect Journalists had urged the authorities to drop the “absurd” charges against Andreyeva and Chultsova, a reporter and a camerawoman, and release them unconditionally.

“Every time I went to work, I risked my health and life,” Andreyeva had said in a statement earlier. “I managed to hide from rubber bullets, explosions of stun grenades, blows from truncheons. My colleagues were much less fortunate.”

“I have everything: youth, a job that I love, fame and, most importantly, a clear conscience.”

The journalists were filming protests after the death of 31-year-old Roman Bondarenko, who died in hospital in November after what protesters say was a severe beating by security forces. The interior ministry denied responsibility.