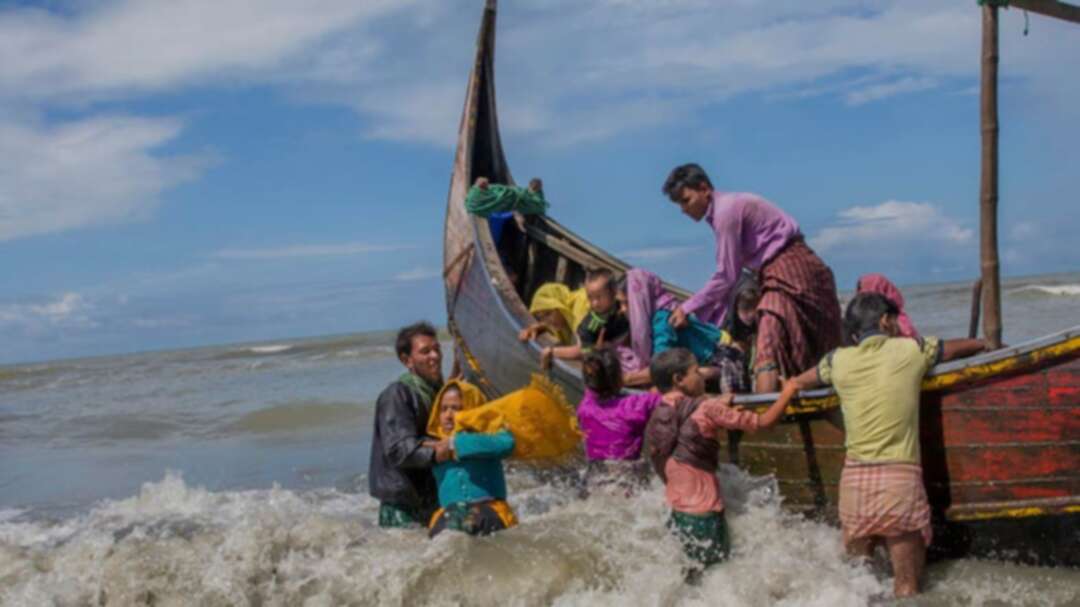 Rohingya Muslims arrive on a boat from Myanmar to Bangladesh on September 14, 2017. (File photo AP)

Bangladesh coast guard rescued 122 Rohingya Muslim refugees from the Bay of Bengal on Thursday as the boat they had boarded to illegally flee to Malaysia started sinking due to a mechanical problem, a coast guard official said.

“Our patrol team rushed there after being informed by the fishermen out at sea that a boat was sinking due to engine failure,” Lieutenant Commander Saiful Islam told Reuters on Friday.

The coast guard rescued 58 women, 47 men and 17 children from the floundering boat.

“So far this year Bangladesh police and coast guard have prevented more than 500 Rohingya refugees from being trafficked to Malaysia.”

The refugees had risked the perilous voyage in order to seek a better life than the overcrowded camps in Bangladesh offer. More than 730,000 Rohingya Muslims fled to Bangladesh due to a crackdown by Myanmar’s military in 2017. Buddhist-majority Myanmar has denied UN accusations that the military waged its campaign against Rohingya with “genocidal intent.

The International Criminal Court said on Thursday it had approved a prosecution request to investigate crimes against humanity committed during the military campaign.

According to the United Nations refugees agency, maritime movements of Rohingya from Bangladesh and Myanmar have resumed after a two-year hiatus in 2016 and 2017. In most cases, Rohingya head to Malaysia and Thailand on rickety boats arranged by traffickers.

More than 100,000 Rohingya refugees have settled in Muslim-majority Malaysia.