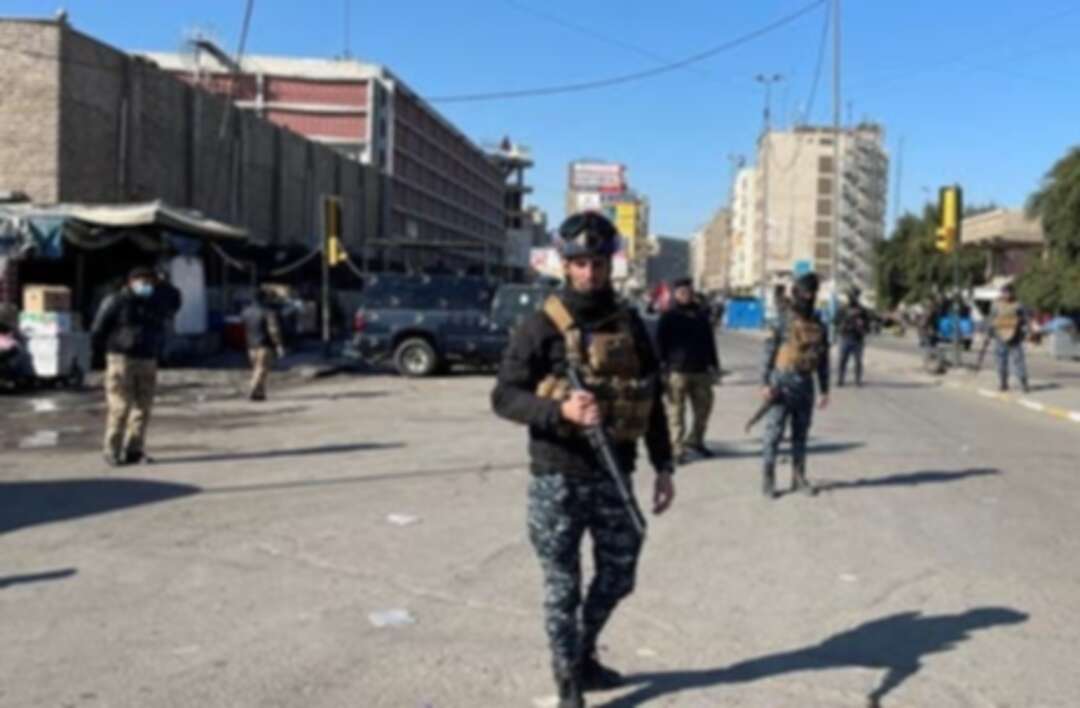 A twin suicide bombing killed at least 23 people and wounded more than 50 in a Baghdad market on Thursday, the first such attack in years, security and medical sources said.

There was no immediate claim of responsibility. Suicide bombings have been rare in the Iraqi capital since the defeat of the ISIS militant group in 2017. The last took place in January 2018.

The Iraqi military said two attackers wearing explosive vests blew themselves up among shoppers at a crowded market in Tayaran Square in central Baghdad, and that several people had been killed.

An interior ministry spokesman told Reuters the death toll was at least 23, with that number expected to rise as some of those wounded were in critical condition.

Reuters cameramen saw pools of blood at the scene shortly after the blast.

A video taken from a rooftop and circulated on social media purported to show the second blast scattering people gathered in the area. Images shared online showed several people apparently dead or wounded.

Reuters could not independently verify those images.

Baghdad has witnessed almost no such attacks since Iraqi forces and a US-backed coalition drove ISIS from territory it controlled in Iraq in 2017.

The last deadly suicide blast in the Iraqi capital, also at Tayaran Square, killed at least 27 people in January 2018.

Iraqi authorities did not immediately say who they believed was behind the bombing, but called it a terrorist incident, a reference usually used for attacks by ISIS.

Militants from the group remain in Iraq, waging an insurgency against Iraqi forces and attacking local officials in areas of northern Iraq. Government and military officials do not now consider ISIS able to take over significant territory but say it will continue to wage attacks that threaten Iraq’s stability and security.

Iraqi forces continue to fight remaining ISIS militants and are working to secure the border with Syria across which the group has often moved personnel.