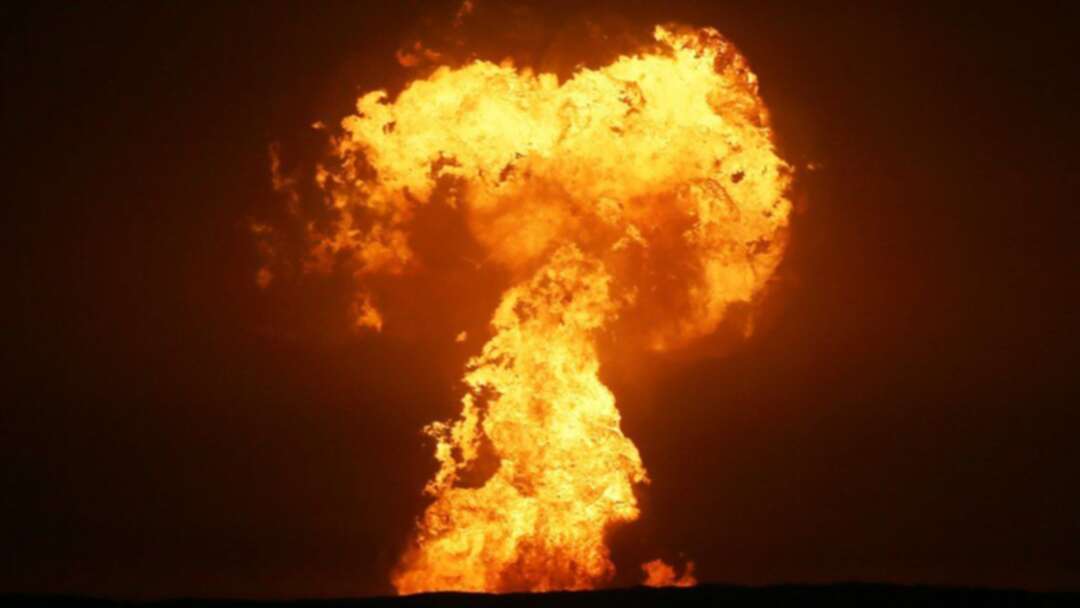 The BBC reported that a strong explosion has been seen off the Caspian Sea area where Azerbaijan has extensive offshore oil and gas fields,sending plumes of black smoke and flames into the sky.

According to the BBC, the government says the blast, which erupted in an area full of oil and gas fields on Sunday, was caused by a mud volcano.

None of the oil farms were damaged and no-one was hurt, it added.

Mud volcanoes are formed underground by water, minerals and flammable gases, which can ignite when they erupt.

Videos shared online showed a fireball and smoke rising above the sea on Sunday.

The BBC reported, citing state oil company Socar spokesman Ibrahim Ahmadoc as saying, the blast took place about 10km (6 miles) from the Umid gas field, which is 75km (45 miles) off the coast of Azerbaijan's capital Baku.

The fire continued to smoulder into Monday, but was threatening neither oil and gas infrastructure nor people's lives, Azerbaijan's emergency ministry said.

It said the fire had been caused by a mud volcano, which spews both mud and flammable gases.

Mud volcanoes are similar to normal volcanoes but without lava. They are caused by water being heated deep within the Earth that mixes with rocks and minerals - when they erupt, this mixture is forced to the surface and can catch fire.

While it is unclear how a mud volcano can catch fire naturally, one theory is that it might happen when a mixture of flammable gases is ignited by sparks from rocks colliding together.

About 400 of the world's estimated 1,000 mud volcanoes are in Azerbaijan.

Nicknamed the "Land of Fire", Azerbaijan is famed for its its rich oil and natural gas reserves. Explorer Marco Polo wrote about the fires in the 13th Century.

"The mud volcanoes in Azerbaijan are some of the biggest and most violent in the world. There are, on average, several large mud volcano eruptions each year, and many of them can have big fires," Dr Mark Tingay, a geophysicist at the University of Adelaide, wrote on Twitter.

The explosion follows a fire on the ocean surface in the Gulf of Mexico, which was extinguished on Friday after burning for more than five hours.

The blaze was blamed on a gas leak from an underwater pipeline.

Johnson: 'If We Can't Reopen Society In Next Few Weeks, When Will We?' Gunmen kidnap 140 schoolchildren In Nigeria