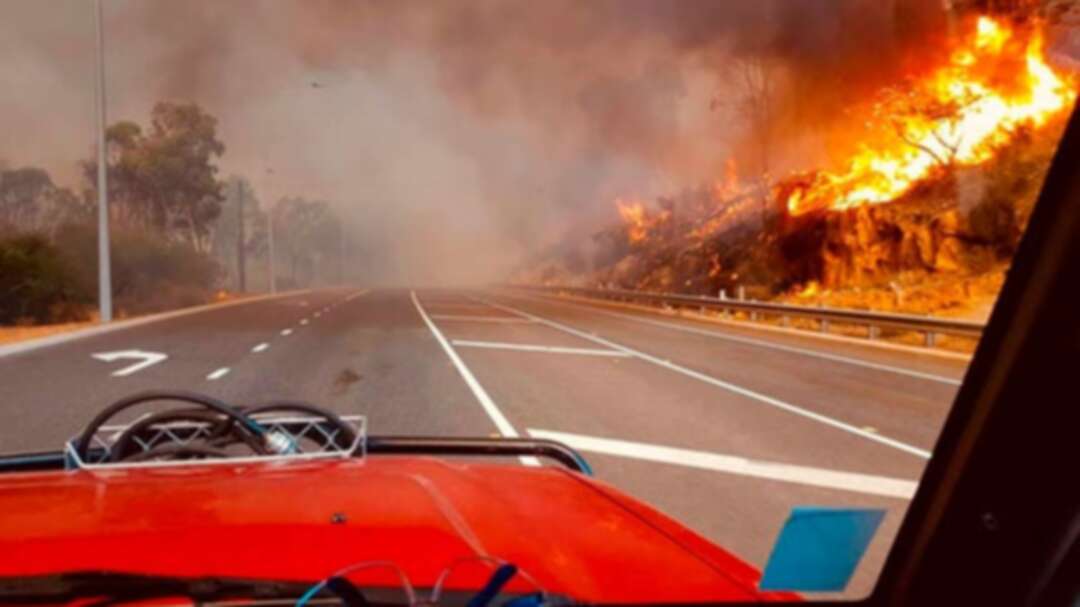 In this photo provided by Department of Fire and Emergency Services, flames approach a road at Wooroloo, near Perth, Australia, Monday, Feb. 1, 2021. (AP)

Australia said on Thursday 81 homes have been destroyed by fires across the country’s west, as strong winds hamper efforts to extinguish the blazes.

No deaths have been reported from the fires, the origins of which are still unknown, although the blazes are a reminder of the scores of fires that razed large swathes of Australia’s east coast last year.

Western Australia state Premier Mark McGowan said firefighters have managed to curtail the biggest of the 7 fires still alight, but he warned strong winds had the potential to escalate the danger.

Already winds have prevented some firefighting aircraft from flying, authorities said, and the weather is expected to worsen over the next few hours.

Winds of more than 70 km per hour are expected across the affected regions of the state, meteorologists said.

More favorable weather is, however, expected in the coming days with rains expected on Saturday across the fire grounds.