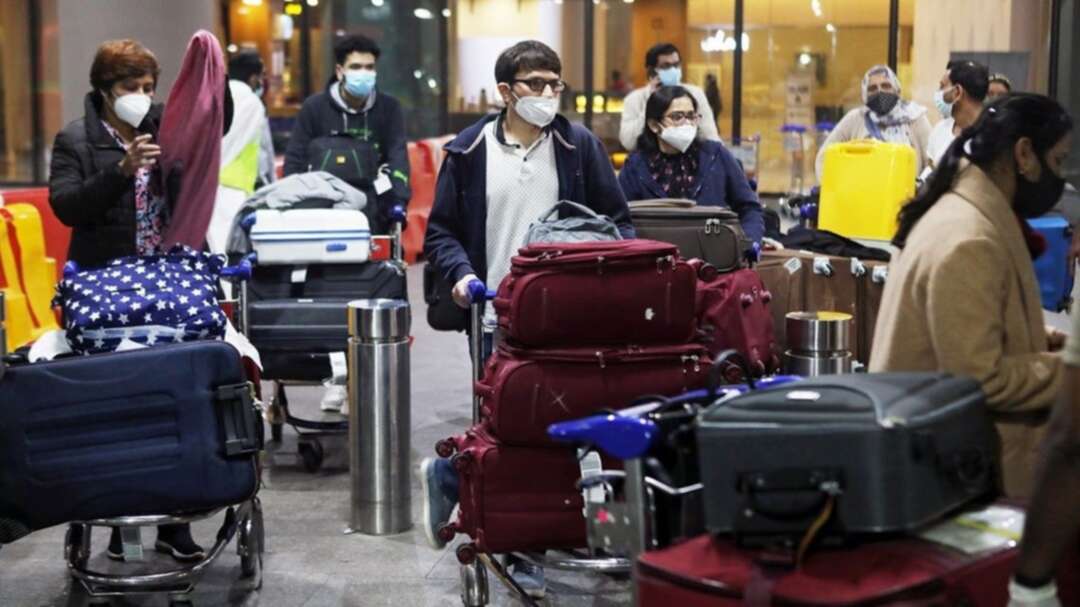 Passengers wearing protective face masks wait to exit upon arrival at Chhatrapati Shivaji Maharaj International Airport after India cancelled all flights from the UK over fears of a new strain of the coronavirus, in Mumbai, India, December 22, 2020. (Reuters)

Federal Justice Thomas Thawley ruled the government had not overstepped its biosecurity powers in banning Australians from returning home temporarily.

The move stranded an estimated 9,000 Australian citizens and threatened them with large fines and jail time if they tried to dodge the ban and return on non-direct flights.

Thawley ruled that Morrison acted within the law, dashing the hopes of a 73-year-old Australian man who brought the case as he tries to return from Bangalore.

During the hearing, a government lawyer argued that biosecurity rules are a “bulldozer” that can clear away any other rights.

The judge did not rule on the more complex question of whether the decision was unconstitutional, an issue that is set to be taken up at a later date.

After widespread public outcry, Morrison indicated that the ban will not be extended beyond May 15.

But with the pandemic still raging and access to Australia set to be severely restricted until at least 2022, the case was being closely watched.

Since March 2020, Australians have been barred from traveling overseas and a hard-to-get individual exemption is needed for foreign visitors to enter the country.