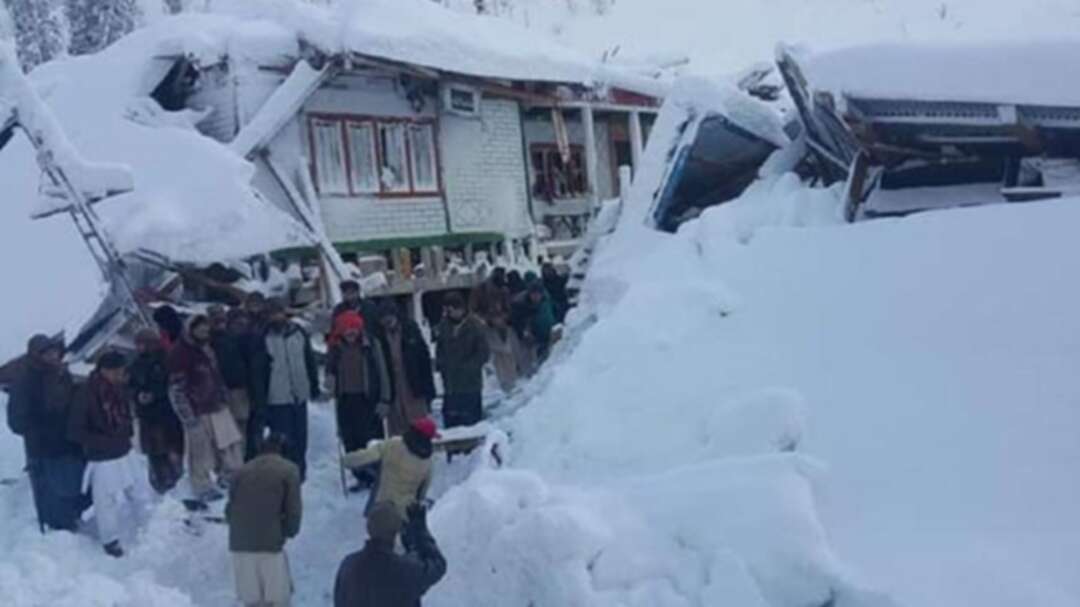 At least 67 dead in avalanches in Pakistan, India. (Twitter)

At least 57 people were killed, and others were missing after avalanches in Pakistan-controlled Kashmir over the last 24 hours, senior government officials said on Tuesday.

In neighboring India, at least 10 people were killed after several avalanches hit the northern-part of Indian-administered Kashmir.

Two Pakistani officials said many villagers were still stranded by the avalanches in the Neelum valley area following heavy rain that also triggered landslides. Many people were reported missing and feared dead as rescue efforts got underway, one of the officials said.

The disaster management authority declared an emergency in seven districts of the mineral-rich province and sought the army’s help for relief and rescue operations.

Key highways connecting Pakistan and Afghanistan were blocked due to heavy snow, forcing officials to suspend transportation of essential goods into Afghanistan.

Severe cold and heavy snow led to the death of 39 people in six provinces of Afghanistan in the past two weeks said Tamim Azimi, a spokesman for Afghanistan’s Natural Disaster Management Authority in Kabul.

“We are distributing emergency assistance, including cash to families of the victims,” said Azimi, adding that heavy rain and snow have hampered for rescuers.

A senior Indian police official said five soldiers were among the 10 killed near the border between India and Pakistan.

The area is one of the world’s most militarily tense frontiers, where the neighboring armies have confronted each other over disputed territory for decades. Kashmir has been divided between Indian and Pakistan since its independence in 1947.

In 2012, an avalanche engulfed a Pakistani army battalion headquarters near the Indian border, killing at least 124 soldiers and 11 civilians.