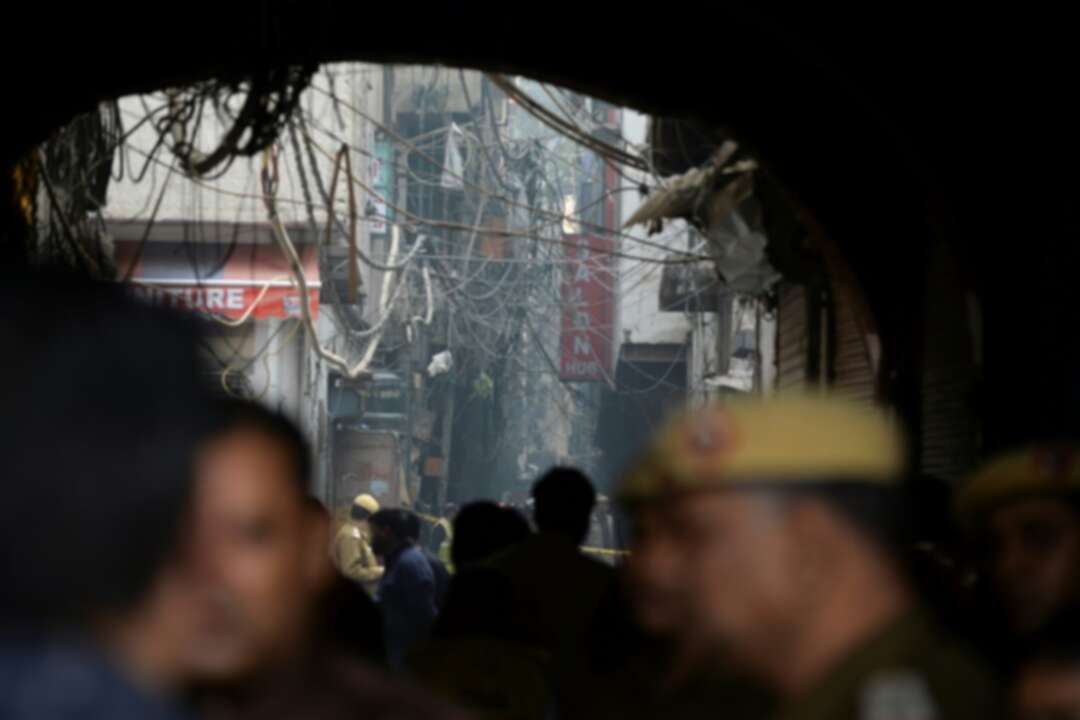 The blaze broke out in the early hours in New Delhi's old quarter, whose narrow and congested lanes are lined with many small manufacturing and storage units File photo AFP

At least 43 people have died in a factory fire in India's capital New Delhi, with the toll expected to rise, police told AFP.

The blaze broke out in the early hours in the city's old quarter, whose narrow and congested lanes are lined with many small manufacturing and storage units.

They were "labourers and factory workers sleeping inside this four-or-five storey building," he said, adding that the fire had been extinguished but rescue operations were ongoing.

A senior Delhi police official said eight or nine people were carried out later, bringing the overall number rescued to at least 58.

Fire officials said it was very difficult to access the dark, poorly lit premises in the commercial hub of Sadar Bazar.

Local news channels aired footage of firemen carrying people out of the narrow lanes to nearby emergency vehicles.

The building was filled with school bags and packing material, fire officials said, but cautioned that they were still unsure about the cause of the blaze.

Monika Bhardwaj, the deputy police commissioner of Delhi's north district told AFP that the death toll from the incident had jumped to "43, with 16 others still admitted at the local hospitals."

"Fire department has completed the rescue work. There are no more bodies at the site. We don't yet know the cause of fire but know that it was aggravated because of plastic packing pouches, bags and other such material there," Bhardwaj added.

"Most who've died were sleeping when the fire broke out and died due to asphyxiation," Sadar Bazar's assistant commissioner of police told AFP.

Many factories and small manufacturing units in big Indian cities are often located in old, cramped quarters of the cities, where the cost of land is relatively cheaper.

Such units often also serve as sleeping quarters for poor, mostly migrant labourers and workers, who manage to save money by sleeping overnight at their workplaces.

Lack of planning and lax enforcement of building and safety regulations often leads to such deadly accidents.

"The fire in Delhi's Anaj Mandi on Rani Jhansi Road is extremely horrific. My thoughts are with those who lost their loved ones," Prime Minister Narendra Modi posted on Twitter.

"Wishing the injured a quick recovery. Authorities are providing all possible assistance at the site of the tragedy," he added.

"Rescue operations going on. Firemen doing their best. Injured are being taken to hospitals," Kejriwal wrote on Twitter.

'Emotional' Will Smith campaigns against homelessness in New York Turkish incursion in Syria’s Idlib displaces 38,000 in one week: Monitor