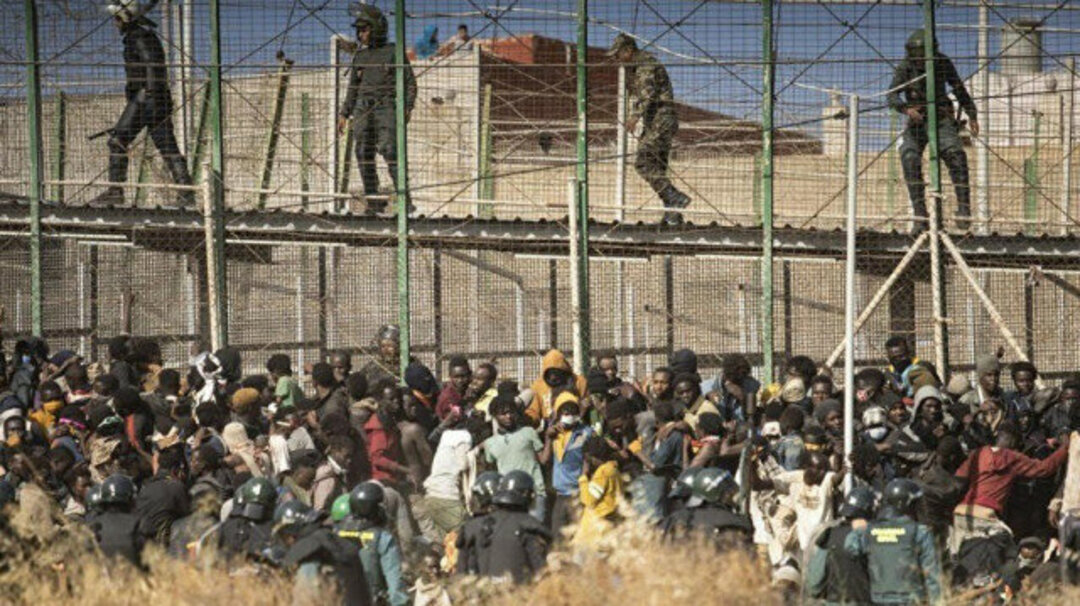 The Moroccan Association for Human Rights (AMDH) said that the death toll of migrants who died trying to cross from Morocco into the Spanish enclave of Melilla rose to 27 on Saturday (June 25).

Around 2,000 migrants, many from Sudan, tried to cross the militarized border fence on Friday (June 24), the Anadolu Agency reported.

It said that at first, five people were reported dead, but later, Moroccan authorities raised the figure to 18.

Videos from the Moroccan side of the border show what appear to be dead bodies and people with severe injuries strewn out on the ground without receiving medical attention.

Other images show hundreds of people, some with clear injuries, lying in a pile on the ground with their hands tied behind their backs.

https://t.co/s1WJoh8Rmv
AMDH (Moroccan Association for Human Rights) Nador was able to obtain images of the 1st corpses of migrants strewn over the barrier of Melilla at Barrio Chino. A real disaster that shows the first consequences of the latest Moroccan-Spanish agreements.

“The victims of the tragedy in Melilla agonized for hours under the cruel gaze of those who were supposed to help them and did not do so,” tweeted founder of Walking Borders Helena Maleno Garzon, who also confirmed the report of 27 dead.

According to Spanish news agency EFE, dozens of Moroccan and Spanish police officers were also injured during the storming of the border, where migrants were armed with homemade knives, sticks, stones and hooks to climb the border fence.

Several NGOs are calling for an immediate investigation into the treatment of migrants during the incident.

The AMDH chapter in Nador, Morocco said: “We warn against any attempt to order the burial of the Sub-Saharan and Sudanese migrants who died yesterday without opening a global, rapid and serious investigation to determine responsibilities and shortcomings.”

This is the largest mass assault on this border since Spain and Morocco boosted their bilateral cooperation after Madrid decided to support Rabat’s position on the independence of Western Sahara.

Spanish Prime Minister Pedro Sanchez on Friday applauded the “extraordinary work of the Moroccan government in coordination with Spain to try to stop a violent assault, which was, in this case, well resolved.”

Last summer, Moroccan authorities stood passively by as thousands swam into the Spanish enclave of Ceuta amid a diplomatic spat over Spain treating the separatist leader of Western Sahara for COVID-19.