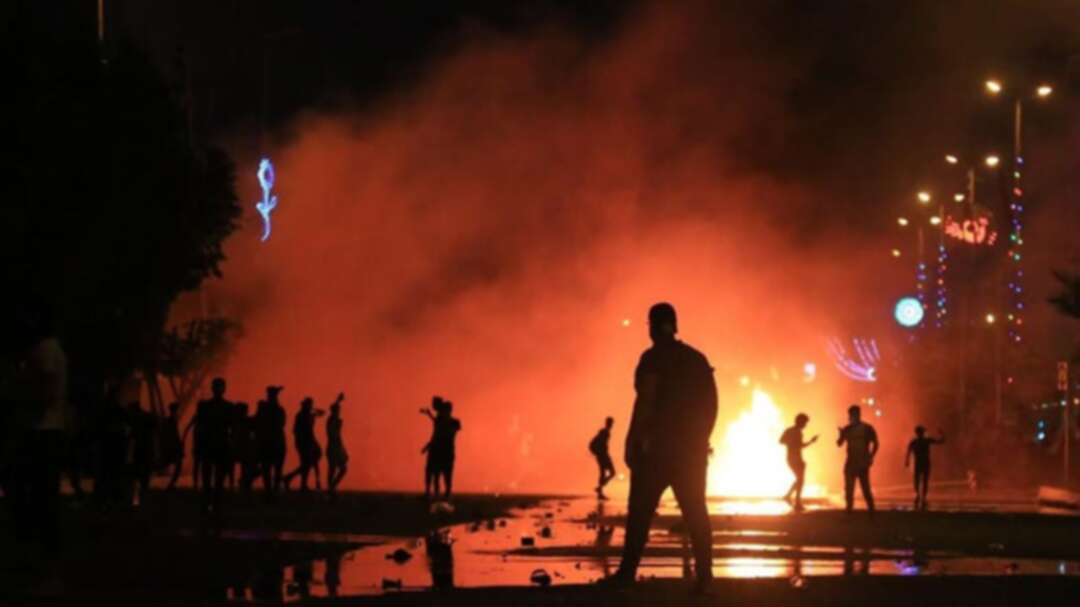 Iraqi protesters burn items to block the road as they clash with security forces during an anti-government demonstration in the Shiite shrine city of Karbala, south of Iraq's capital Baghdad on October 27, 2019. (AFP)

At least 18 people were killed during the break up of a sit-in by protesters in Iraq’s Karbala early Tuesday morning, medical sources told Al Arabiya.

Earlier reports said that at least two anti-government protesters were killed and 105 were wounded in clashes with security forces in central Baghdad on Monday as thousands of students took to the streets in defiance of a government order and tear gas from security forces.

Later on Tuesday, Karbala governor said in a press conference that orders were issued banning use of live bullets by security forces during protests, adding that some demonstrators vandalized public property.

He reaffirmed that no protesters were killed during protests on Monday night and Tuesday morning, adding that there are many videos being circulated as being from the Kerbala protests are fabricated.

Security forces have fired tear gas and stun grenades on Monday night to keep protesters from crossing a main bridge leading to the Green Zone, home to government offices and embassies.

At least 72 protesters have been killed since nationwide anti-government protests resumed on Friday, after 149 were killed during an earlier wave of protests this month.