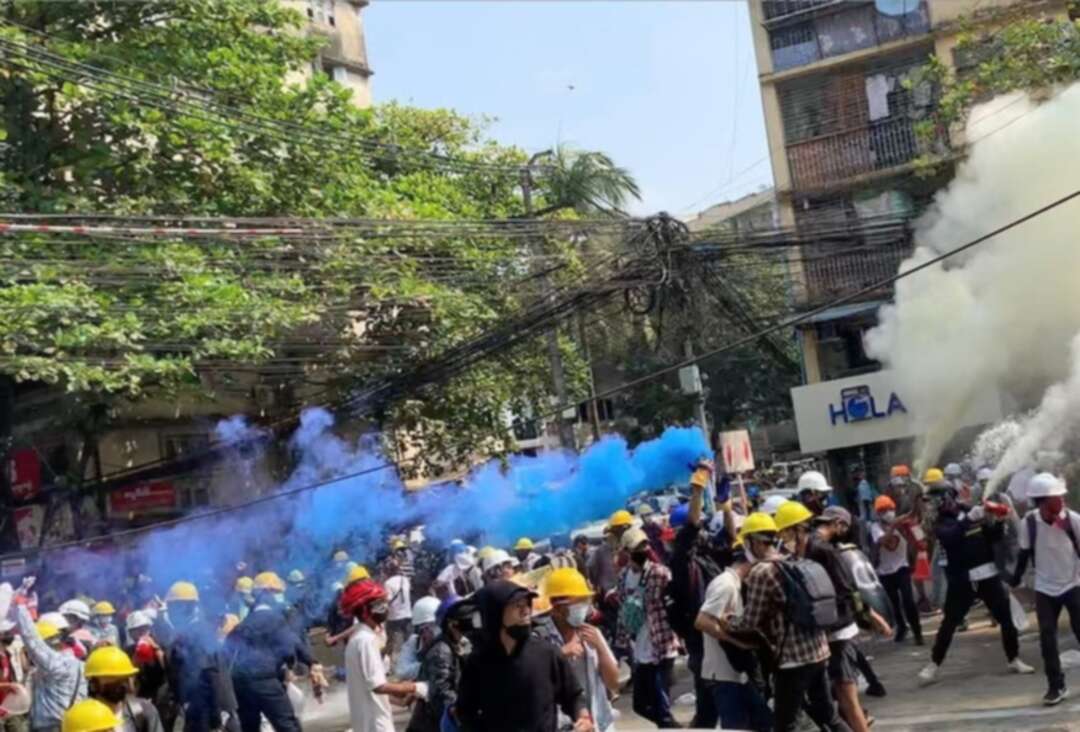 Anti-coup demonstrators in Myanmar fought back with hunting rifles and firebombs against a crackdown by security forces in a town in the northwest but at least 11 of the protesters were killed, domestic media reported on Thursday.

Fighting continued into Thursday morning and at least 11 protesters were killed and about 20 wounded, the media said.

There was no word of any casualties among the soldiers.

That would take the toll of civilians killed by security forces to over 600 since the junta seized power from the elected government of Aung San Suu Kyi on Feb. 1, according to the Assistance Association for Political Prisoners (AAPP). It had a toll of 598 dead as of Wednesday evening.

Taze is near the town of Kale, where at least 11 people were killed in a similar clash on Wednesday, according to news media and witnesses. Security forces fired live rounds, grenades, and machine-guns on protesters who were demanding the restoration of Suu Kyi’s government, AAPP said.

A spokesman for the junta could not be reached for comment.

Syrians tell of a new enemy after ISIS: Turkish-backed militia Dubai announces mandatory guidelines for praying in mosques during Ramadan