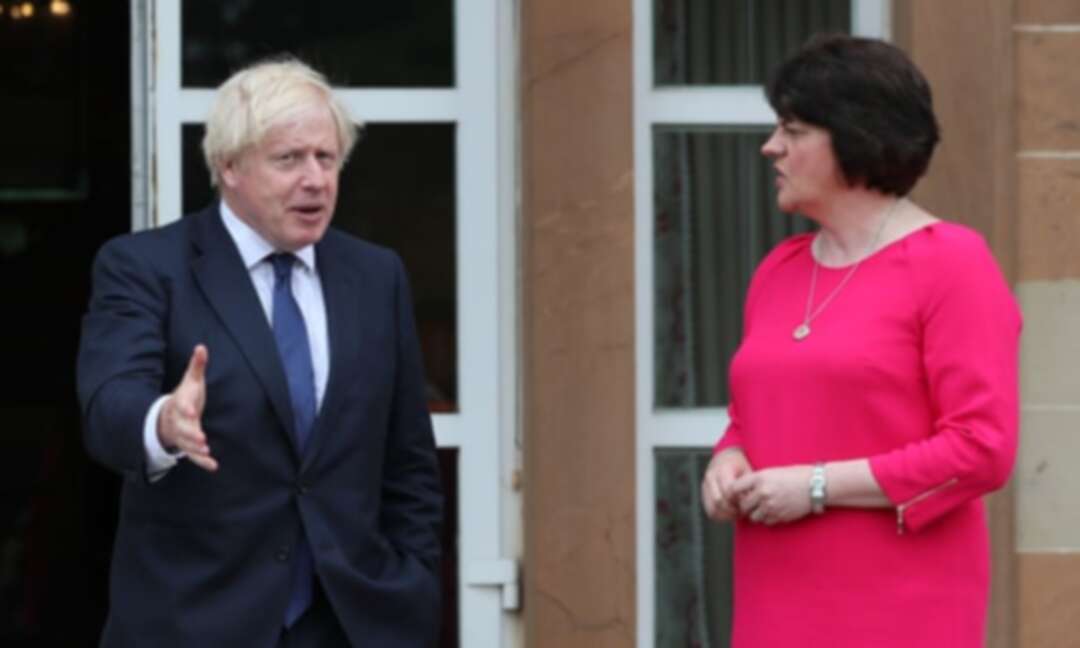 The EU caused outrage on Friday evening when it invoked article 16 of the post-Brexit mechanism to stop the unimpeded flow of vaccines from the European bloc into the region.

But it later abruptly reversed the move following condemnation from London, Belfast and Dublin.

Foster described the move as an “absolutely incredible act of hostility towards those of us in Northern Ireland”.She told BBC Radio 4’s Today programme: “It’s absolutely disgraceful and I have to say the prime minister now needs to act very quickly to deal with the real trade flows that are being disrupted between Great Britain and Northern Ireland.”

The DUP leader reiterated calls for the prime minister to replace article 16 of the Northern Ireland protocol over the shortage of some food.

She said: “We’ve been asking the PM to deal with the flow problems and, indeed since 1 January, we’ve been trying to manage along with the government the many, many difficulties that have arisen between Great Britain and Northern Ireland, and there are actions he could take immediately.

“The protocol is unworkable, let’s be very clear about that, and we need to see it replaced because otherwise there is going to be real difficulties here in Northern Ireland.”

Brussels had initially said it would trigger clauses in the Northern Ireland protocol to prevent supplies from moving across the open border between EU-member Ireland and Northern Ireland under its coronavirus vaccine controls, in an attempt to prevent the border from acting as a backdoor for supplies into the UK.

The former Northern Ireland secretary Julian Smith said the EU had “cocked up big time” over its initial threat.

He told the Today programme: “Years have been spent trying to ensure goods will flow freely and there will be no hard border, and last night the EU pulled the emergency cord without following any of the process that are in the protocol if one side wants to suspend it.

“And they did that, in my view, without anywhere near the understanding of the Good Friday Agreement, of the sensitivity of the situation in Northern Ireland, and it was an almost Trumpian act.

“The EU cocked up big time last night but we all need to work in the interests of preserving Northern Ireland.

“It is not just a backdoor for goods going to Britain, it is a very sensitive place and we have a duty of care between the EU and the UK to preserve no hard border and stability in Northern Ireland.”

The public reversal on invoking article 16 followed a round of frantic calls with the British prime minister telling the EU commission president Ursula von der Leyen of his “grave concerns”, while the Irish prime minister Micheál Martin spoke to both Johnson and the EU chief to find a solution.

The EU cautioned that should vaccines and active substances move toward third countries and out of the bloc, it would use “all the instruments at its disposal”.

A former politician in Martin’s Fianna Fáil party said the taoiseach was furious at the EU’s abandoned move.

“The action doesn’t make any sense at all and it has clearly embarrassed the Irish government which was blindsided,” former European minister Dick Roche said.

“I understand that Micheál Martin was very annoyed at it, that he made very strong representations to the commission.”

The EU, whose member states are far behind Israel, Britain and the US in rolling out vaccines, is scrambling to get supplies as pharmaceutical companies slow deliveries to the bloc because of production problems.

Last week AstraZeneca said it would fall short of delivering jabs to the EU by March because of production problems in Belgium, prompting anger from Brussels which has demanded to know why the company cannot divert supplies from its British sites which have been producing millions of shots for British citizens.