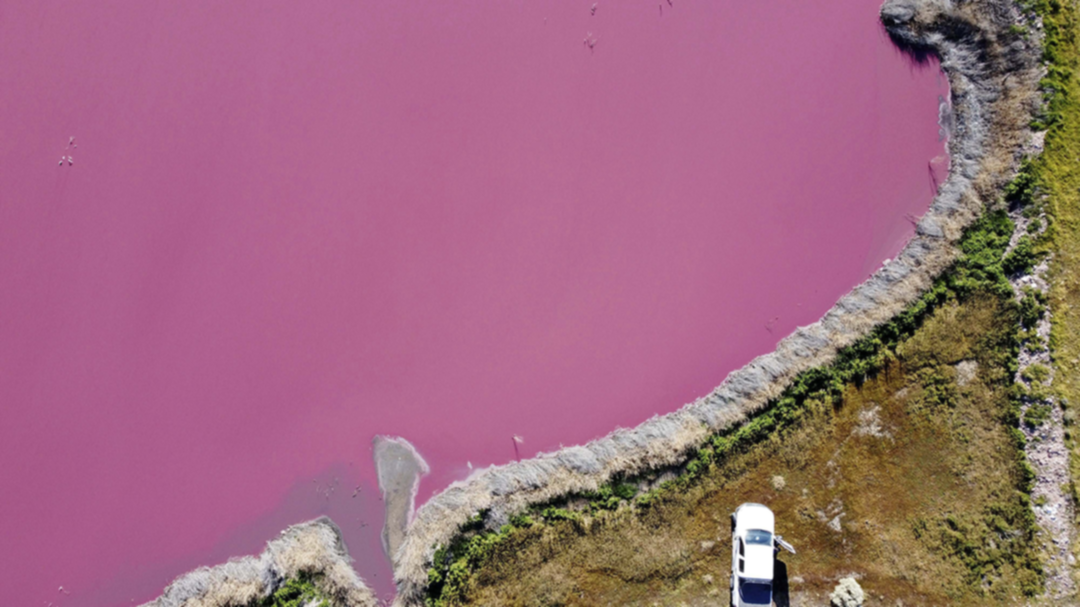 The Honey Travel website reported the phenomenon of pink lakes is a major tourism drawcard for some countries, with tourists flocking to view the surreal attraction. Argentine lake

Locals became concerned after lakes on the outskirts of the Argentine city of Trelew turned a bubblegum pink, quite suddenly.

Authorities have since uncovered a truck disposing of waste in the region's network of lagoons, according to social media posts shared by the city.

While no details have been provided on whether the polluted water is indeed toxic, environmentalists have been speculating on the possible causes.

One theory is that the pastel hue comes from the dye used at prawn farms to give the crustaceans their pink colour, as there are some such farms within close proximity to the lakes. 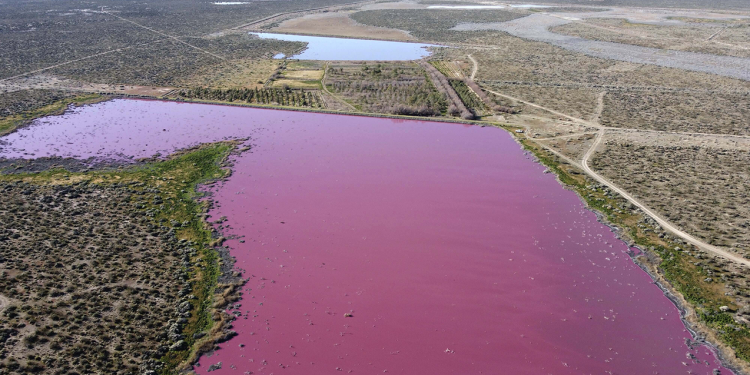 In naturally-occurring pink lakes, the hue is commonly caused by a specific type of algae called Dunaliella salina that grows within the salt crust on the lake's floor. It's the carotenoid red pigments secreted by these bacterias or algae that are responsible for the millennial pink transformation.

In the case of Australia's most famous pink lake, Lake Hillier in Western Australia, both Halobacteria and the Dunaliella salina algae are behind the body of water's Instagrammable hue.

Lake Hillier is a wildly popular tourism attraction in the region, with travellers able to take in the surreal lake by boat or in the air on a scenic joy flight.

Australia boasts a number of pink salt lakes, some of which are temporary and dependant on the seasons.

A few years ago, Melbourne residents were shocked when Westgate Lake turned pink almost overnight (watch the footage above). The lake only goes through such a seasonal fairy floss-like transformation when the water experiences a perfect combination of saltiness, high temperatures, increased sunlight and low rainfall.

Lake Eyre is one of Australia's more famous salt lakes, despite only flooding every 3-10 years. It occasionally takes on a pale bubblegum colour, and if you're lucky enough to visit during one of these floods, it's a sight to behold.