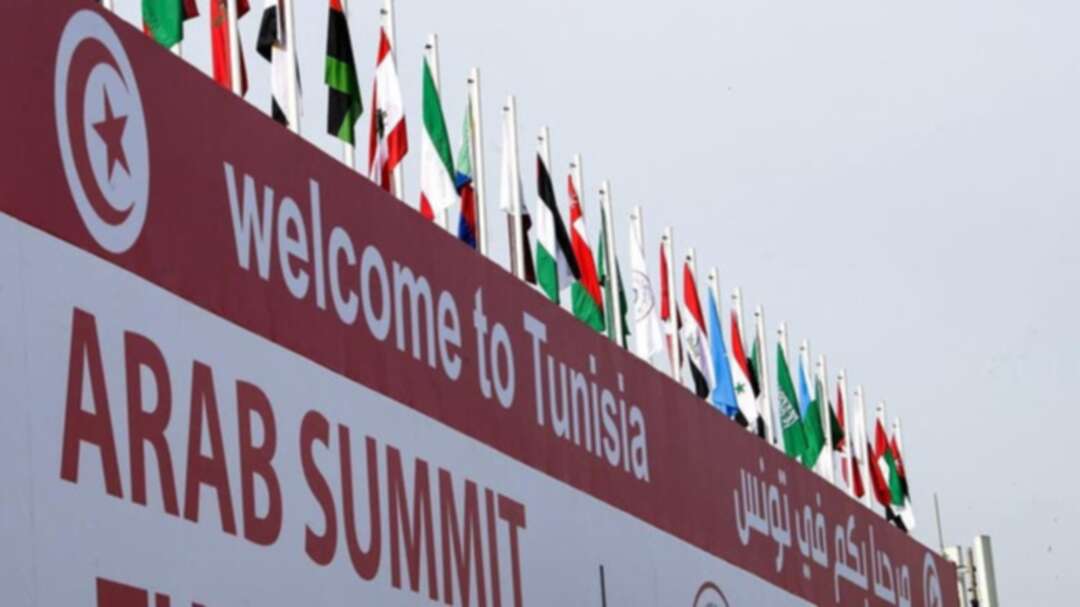 The flags of Arab League member states at the Tunisian capital Tunis' Conference Palace, during the 30th session of the League summit. (AFP)

The Arab League will hold an emergency meeting on Saturday, it said in a statement, following a call by Egypt for the body to meet over Turkey’s offensive into Syria.

Egypt’s foreign ministry, in a statement on Wednesday, “condemned in the strongest terms the Turkish aggression on Syrian territory,” saying the offensive “represents a blatant and unacceptable attack on the sovereignty of a brotherly Arab state.”

Turkey launched a military operation against Kurdish fighters in northeast Syria on Wednesday just days after US troops pulled back from the area.

Turkish President Tayyip Erdogan said the aim was to eliminate what he called a “terror corridor” on Turkey’s southern border, but European countries called on Ankara to halt the operation.

“The Turkish aggression ... represents a dangerous development that threatens international peace and security and exacerbates the crisis situation in the region,” Rady said.

Turkey had been poised to enter northeast Syria since US troops, who have been fighting with Kurdish-led forces against ISIS, started to leave in an abrupt policy shift by US President Donald Trump.

The Egyptian foreign ministry, in its statement, “warned of the repercussions of the Turkish move on the unity and territorial integrity of Syria.”

The Arab League, which groups 22 states including Egypt, Iraq and Saudi Arabia, said in a statement on Wednesday that Saturday’s meeting would be at the ministerial level “to discuss the Turkish aggression” on Syrian territory.

“It constitutes an unacceptable attack on the sovereignty of an Arab member state of the League,” Arab League Assistant Secretary General Hossam Zaki said.