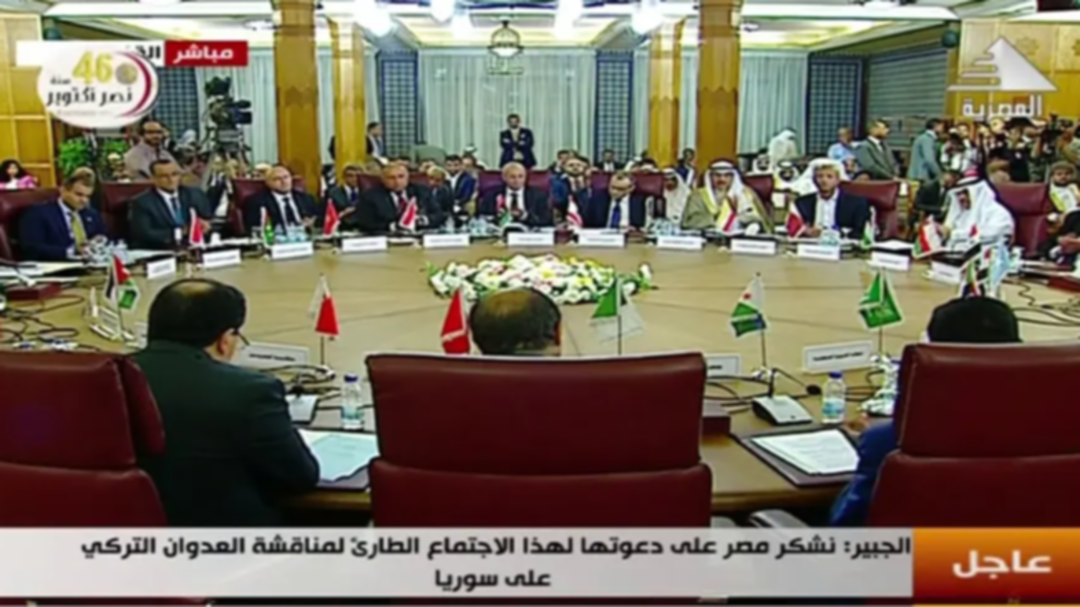 Arab foreign ministers condemned the Turkish offensive in Syria in an emergency meeting in Cairo on Saturday. (Screengrab)

Saudi Arabia's Minister of State for Foreign Affairs Adel al-Jubeir said on Saturday, during an emergency meeting with foreign ministers from other Arab nations in Cairo, that the Kingdom condemns the Turkish offensive in northeast Syria.

Saudi Arabia demands an immediate halt to the military operations, he added, saying that the Turkish attack is causing the Syrian people further suffering.

Al-Jubeir said that Saudi Arabia calls for finding a political solution in Syria, and demands that all foreign forces withdraw from the country.

The UAE's Minister of State for Foreign Affairs Anwar Gargash also condemned on Saturday the Turkish offensive in northeast Syria, and called on the international community to shoulder its responsibilities to stop the Turkish attacks on Syria.

Bahrain's Foreign Minister Khalid bin Ahmed Al Khalifa said on Saturday that the country rejects any aggression by any party against Arab countries.

Lebanese Foreign Minister Gebran Bassil said during the meeting that it was time for Syria to rejoin the Arab League.