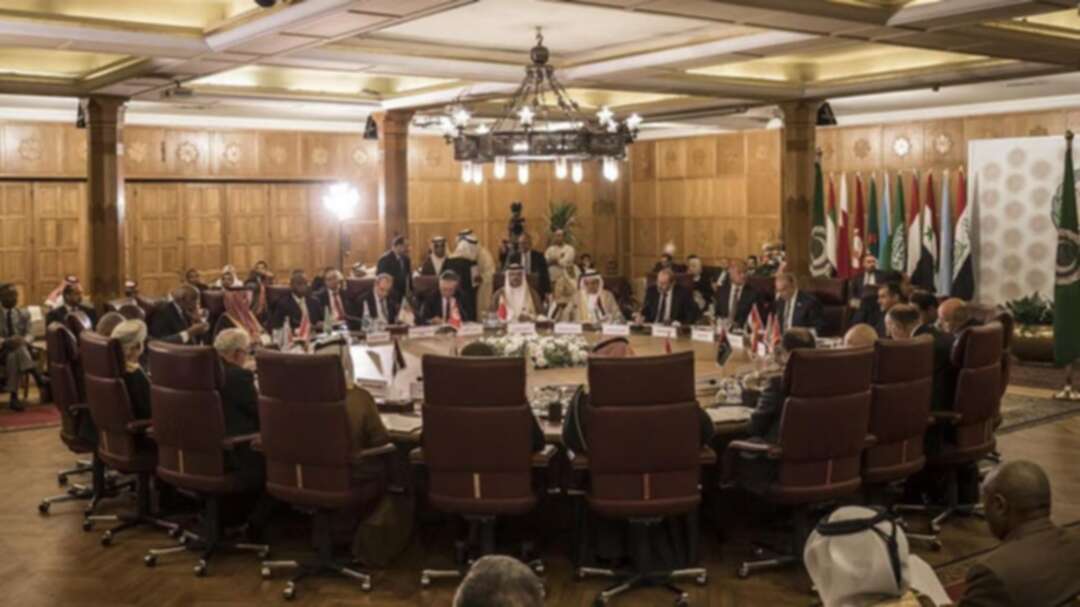 The Arab League studies all plans presented to it and has the right to either accept or reject those plans, the Arab League’s head Ahmed Aboul-Gheit added.

Aboul-Gheit’s comments came during a meeting with Arab foreign ministers in Egypt’s capital city Cairo. The meeting at the Arab League headquarters in Cairo was requested by the Palestinians, who responded angrily to the US plan.

“We still believe in peace using the basis

The president said that the Palestinian authority addressed a letter to Trump rejecting the peace plan.

During the meeting, Abbas stated that Jerusalem did not just belong to Palestinians, but all Arabs as well.

Saudi Arabia reaffirms its support for the Palestinian people and their just cause, the Kingdom's foreign minister Faisal bin Farhan said during the emergency Arab League meeting.

US President Donald Trump unveiled the long-awaited proposal Tuesday in Washington. It would allow Israel to annex all its West Bank settlements - which the Palestinians and most of the international community view as illegal - as well as the Jordan Valley, which accounts for roughly a fourth of the West Bank.

In return, the Palestinians would be granted statehood in Gaza, scattered chunks of the West Bank and some neighborhoods on the outskirts of Jerusalem, all linked together by a new network of roads, bridges, and tunnels. Israel would control the state’s borders and airspace and maintain overall security authority. Critics of the plan say this would rob Palestinian statehood of any meaning.

The plan would abolish the right of return for Palestinian refugees displaced by the 1948 war and their descendants, a key Palestinian demand. The entire agreement would be contingent on Gaza’s Hamas rulers and other armed groups disarming, something they have always adamantly rejected.

Ambassadors from the United Arab Emirates, Bahrain and Oman attended the unveiling, in a tacit sign of support for the US initiative.

Saudi Arabia and Egypt, Arab states that are close US allies, said they appreciated President Trump’s efforts and called for renewed negotiations without commenting on the plan’s content.

Egypt urged Israelis and Palestinians to “carefully study” the plan. It said it favors a solution that restores all the “legitimate rights” of the Palestinian people through establishing an “independent and sovereign state on the occupied Palestinian territories.”

Jordan, meanwhile, warned against any Israeli “annexation of Palestinian lands” and reaffirmed its commitment to the creation of a Palestinian state along the 1967 lines, which would include all the West Bank and Israeli-annexed east Jerusalem. Jordan and Egypt are the only two Arab countries that have peace treaties with Israel