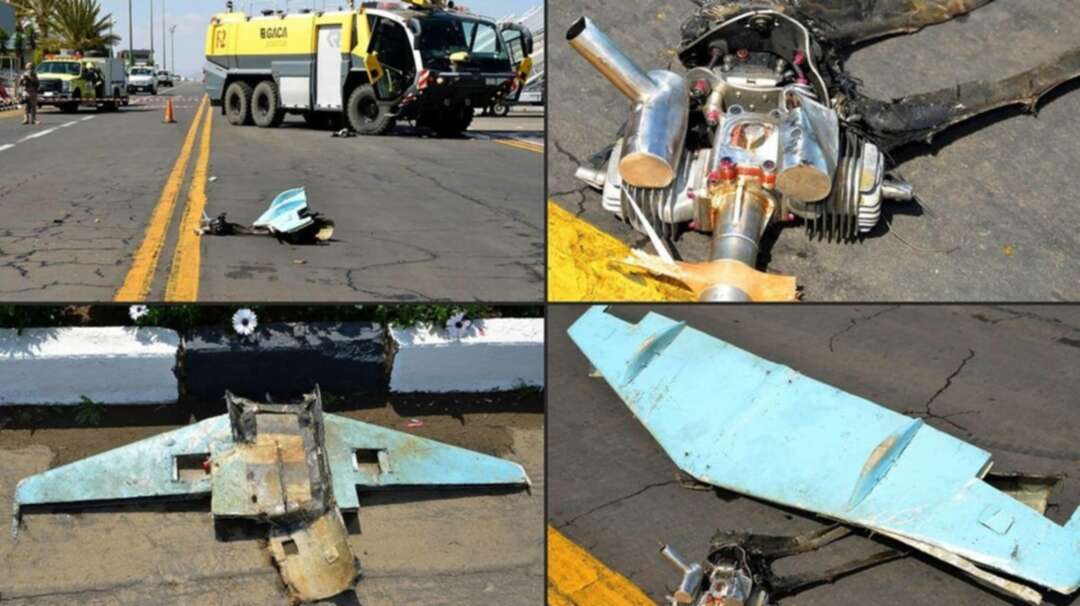 Wreckage of a drone fired by the Iran-backed Houthis toward the Abha international airport. (Twitter)

The Arab Coalition thwarted a second attack by the Iran-backed Houthi militia on Saudi Arabia just hours after it had destroyed a drone that was launched by the group towards the Kingdom’s Khamis Mushait.

“Joint Coalition Forces have intercepted and destroyed this morning (Friday) a bomb-laden UAV launched systematically and deliberately by the terrorist Houthi militia to target civilians and civilian objects in (Khamis Mushait),” al-Maliki said, according to the Saudi Press Agency (SPA).

“These acts of aggression to deliberately and systematically target civilians and civilian objects by the terrorist, Iran-backed Houthi militia amount to war crimes.”

The Arab Coalition said it would continue to take the necessary measures to protect civilians in Saudi Arabia and elsewhere in accordance with international humanitarian law.

The terrorist group has been ramping up its efforts to strike Saudi Arabia and several areas in Yemen outside its control.

Iran has been backing the Houthis in Yemen’s civil war against the internationally-recognized government.

Currently, the Houthis have control of the Yemeni capital Sanaa, while the government is based in the city of Aden.