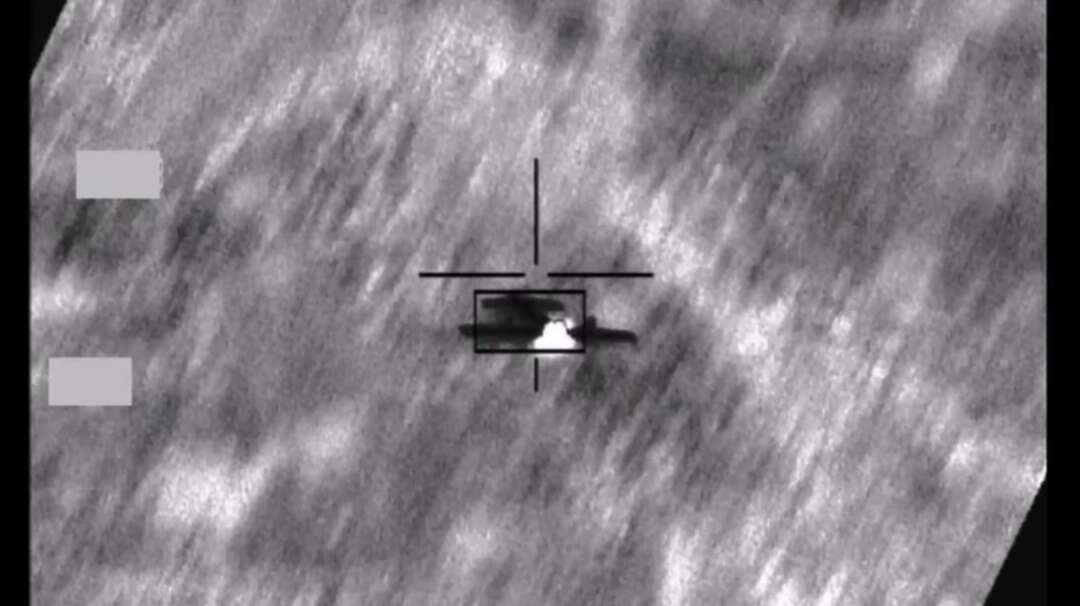 A File photo shows a Houthi drone being intercepted and destroyed. (Supplied)

The Arab Coalition announced late Wednesday night that its forces had intercepted and destroyed an explosives-laden drone launched by the Iran-backed Houthi militia towards Saudi Arabia's Khamis Mushait.

“The Coalition is taking operational measures to deal with sources of threats in accordance with international humanitarian law,” the statement concluded.

Earlier on the same day, the Arab Coalition said a terrorist attack by the Iran-backed Houthi militia targeting Abha International Airport in Saudi Arabia caused a civilian airplane to catch fire, according to an Al Arabiya correspondent.

The coalition added that the fire was under control.

“Attempting to target Abha airport and threatening civilian travelers is a war crime,” the Arab Coalition said in a statement.