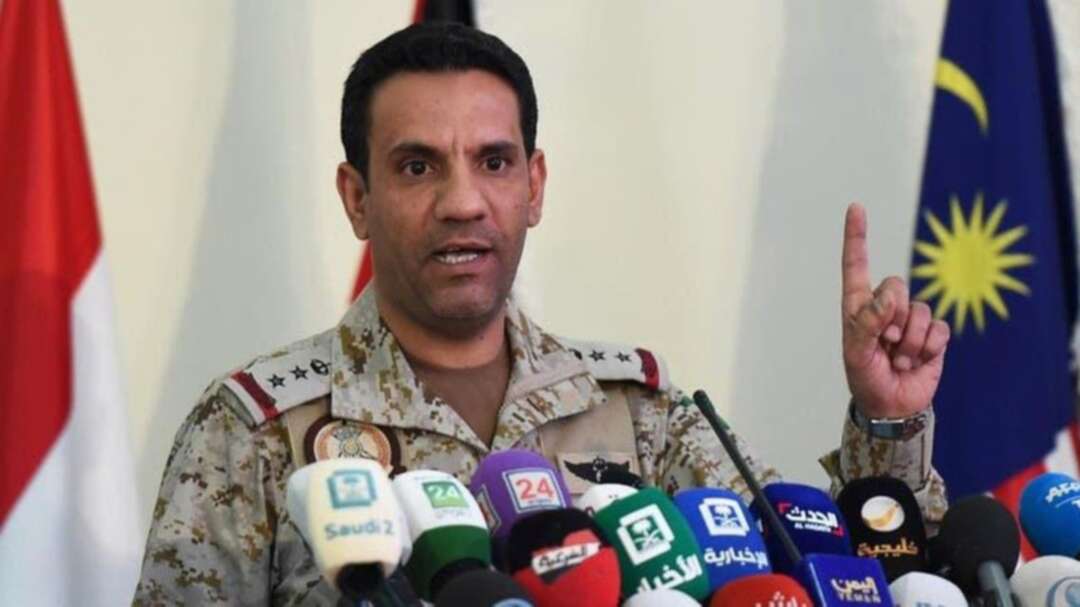 The drone was intercepted over Yemeni airspace, he added.

The militia continues its hostile attempts to target civilians in the Kingdom, which should be considered as a war crime, al-Maliki said.

The coalition is taking operational measures to protect civilians in accordance with international humanitarian law, according to al-Maliki.

The Iran-backed group has launched dozens of aerial attacks on Saudi Arabia in recent months, targeting civilian areas and energy facilities in the Kingdom with explosive-laden drones and ballistic missiles.

Last month, Saudi Arabia proposed a new peace initiative to end the ongoing conflict in Yemen between the internationally-recognized government and the Iran-backed Houthis.

“We will work with the international community, with our partners and with the government of Yemen to push toward this initiative being implemented. We will do all we can to put the necessary pressure on the Houthis to accept and to come to the negotiating table and to lay down arms, because we believe that a stop to the fighting and a focus on a political solution is the only way forward,” Minister of Foreign Affairs Prince Faisal said at the time.

The Houthis’ continuous attacks on the Kingdom confirm the group’s rejection of all peace efforts put forth by the Kingdom, the Saudi Arabian Ministry of Defense said after the militia attacked a petroleum distribution terminal in Jazan last month.