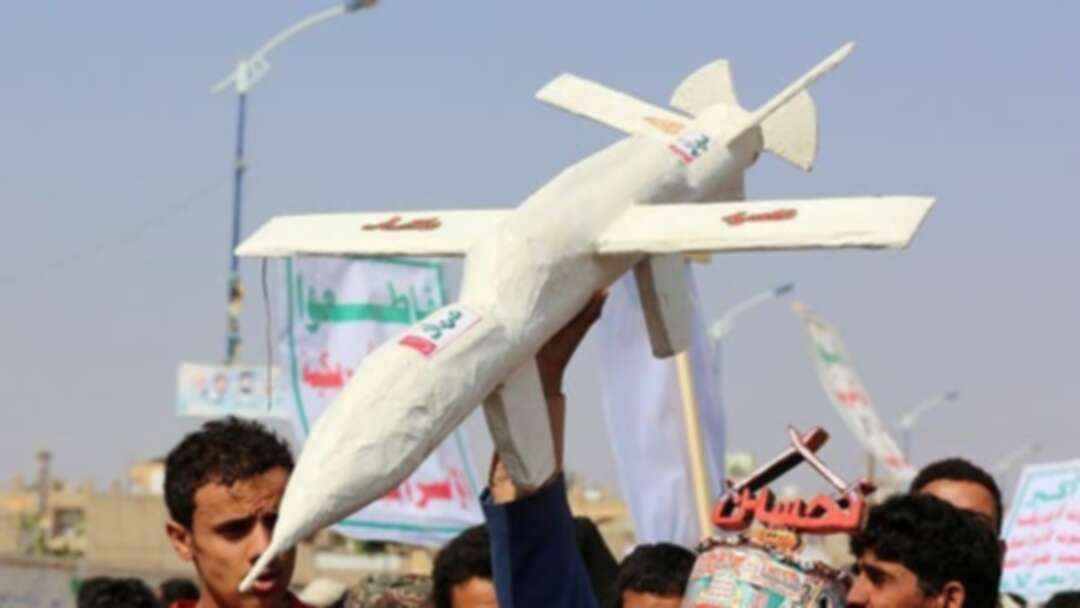 Followers of the Houthi movement carry a mock drone during a rally held to mark the Ashura in Saada. (File photo Reuters)

The Arab Coalition has intercepted and destroyed drones launched by the Houthi militia targeting the Saudi Arabian cities of Abha and Khamis Mushait, according to the coalition spokesperson. Arab Coalition intercepts

Colonel Turki al-Malki, the spokesperson for the Arab Coalition, confirmed the news in a statement carried by state-run Saudi Press Agency.

The attack comes less than a day after Yemen's warring parties had welcomed a UN call for an immediate ceasefire on Thursday to focus on efforts to combat the coronavirus pandemic.

Saudi Arabia has faced repeated attacks in recent years from drones fired by the Houthi militia from the Kingdom’s southern border with Yemen. levant