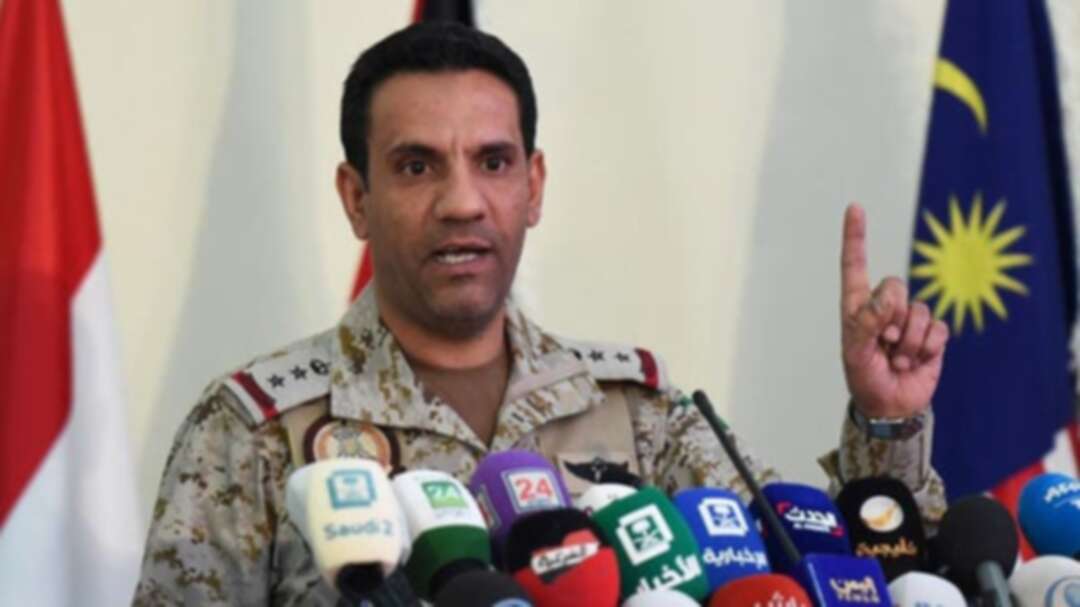 The Arab Coalition intercepted and destroyed three booby-trapped drones that belong to the Iran-backed Houth militia and were launched towards Saudi Arabia, the coalition’s spokesperson Colonel Turki al-Maliki said on Friday.

The drones were launched from the Yemeni city of Hodeidah, according to the coalition.

The Houthi militia continues to violate the Stockholm Agreement – a deal signed by the government and the Houthi militia in 2018 which calls for the withdrawal of troops – and use Hodeidah as a launching point for its terrorist operations and attacks, al-Maliki said, according to the Saudi Press Agency (SPA).

The attacks pose a real threat to regional and international security and undermines the political efforts put forth by the Stockholm Agreement, he added.

The coalition is taking the appropriate measures to deal with the Houthi’s threats in accordance with international humanitarian law, while continuing to support the political efforts made by the UN Special Envoy to Yemen Martin Griffiths, al-Maliki said.

The failed attack is the latest attempt by the Houthis to target the Kingdom and innocent civilians in the country.

Earlier this week, the United States announced it will be designating the group as a terrorist organization, and three of its leaders as Specially Designated Global Terrorists (SDGTs).

Saudi Arabia’s Ministry of Foreign Affairs welcomed the decision and said the move was in line with the Yemeni government’s efforts to “put an end to the violations of the Iran-backed militia and the real dangers it poses, which has led to the deterioration of the humanitarian situation of the Yemeni people, and the ongoing threats to the international peace and security.”

Coronavirus cases in the UAE surge as authorities detect 3,407 new infections Russia withdraws from Open Skies Treaty after US departure