Another Canadian goes on trial in China over spying charges 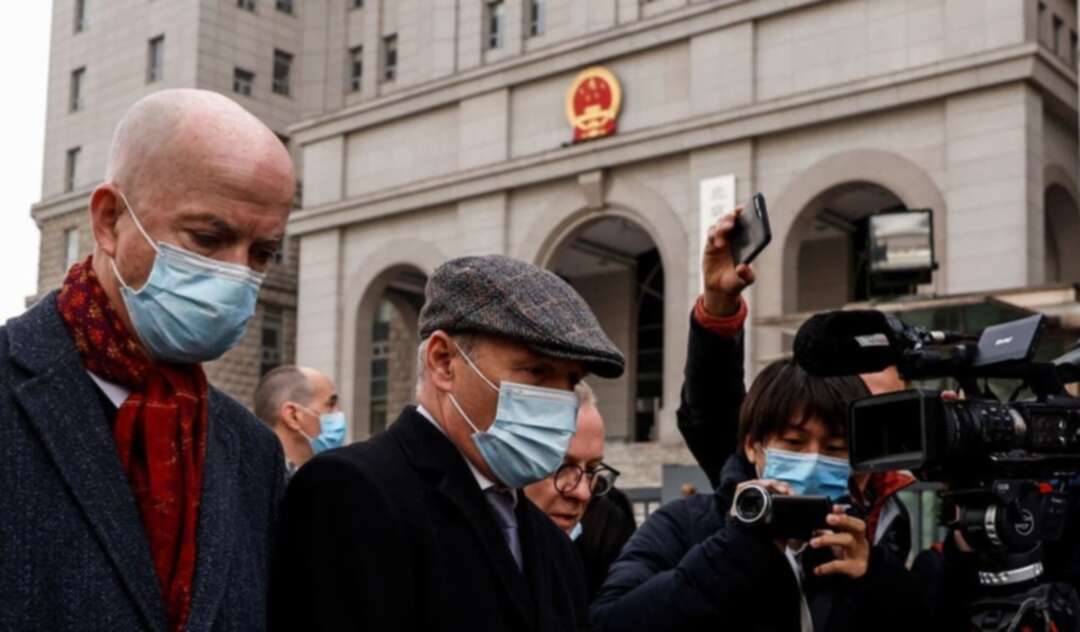 William "Bill" Klein, acting deputy chief of mission of the U.S. Embassy in Beijing, and Jim Nickel, charge d'affaires of the Canadian Embassy in Beijing, walk beside members of the media outside Beijing No. 2 Intermediate People's Court where Michael Kovrig, a Canadian detained by China in December 2018 on suspicion of espionage, is expected to stand trial, in Beijing, China March 22, 2021. (Reuters)

A second Canadian citizen held for more than two years on spying charges in apparent retaliation for Canada’s arrest of a senior executive of the telecoms giant Huawei went on trial in Beijing on Monday.

The trial Monday of analyst and former diplomat Michael Kovrig in Beijing follows an initial hearing in the case of entrepreneur Michael Spavor in the northeastern city of Dandong on Friday.

Canadian diplomats have been refused access to trials and been told hearings would be held behind closed doors because of alleged national security concerns. Diplomats and journalists have showed up nonetheless to seek information and show support.

Outside Beijing’s No. 2 Intermediate Court, Jim Nickel, the Canadian Embassy’s deputy chief of mission, told journalists he had been told the trial had begun, but was barred from entry in what he said was a violation of China’s international and bilateral treaty obligations.

“Michael Kovrig has been detained for more than two years now. He’s been arbitrarily detained and now we see that the court process itself is not transparent,” Nickel told reporters. “We’re very troubled by this but we thank those who have come out from the embassies here in Beijing and the international support that we’ve had for Michael, for Canada and the call that many of us are making for their immediate release.”

Nickel said 26 countries had sent representatives to show their support, including the US, the UK, Australia and many European nations. It wasn’t clear how long the trial would last or when a verdict would be announced.

The government has provided almost no information about the accusations against the two, but a newspaper run by the ruling Communist Party alleges they collaborated in stealing state secrets and sending them abroad. No verdict has been announced in Spavor’s case and it wasn’t clear if additional hearings would be held.

However, such cases are almost always predetermined in China, and Beijing is seen as using Kovrig and Spavor as leverage to obtain the release of Huawei executive Meng Wanzhou, who was arrested at the request of the US at the airport in Vancouver, British Columbia, in December 2019. The two Canadians were detained in China just days later.

Meng is sought by the US on fraud charges related to the telecom giant’s dealings with Iran, which is under American financial sanctions.

The two Canadians have been held ever since, while Meng has been released on bail. They were charged in June 2020 under China’s broadly defined national security laws. 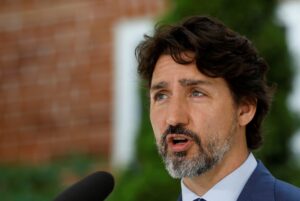 “Their arbitrary detention is completely unacceptable, as is the lack of transparency around these court proceedings,” Trudeau said in Ottawa.

“China needs to understand that it is not just about two Canadians. It’s about respect for the rule of law and relationships with a broad range of Western countries that are at play with the arbitrary detention and the coercive diplomacy that they’ve engaged in.”

Meng’s case has deeply angered China’s government, which has promoted Huawei as a global leader in mobile communications technology, and sees her detention as a deliberate attempt to malign Chinese companies and impede the nation’s growing economic and political clout. Beijing has demanded her immediate and unconditional release and has also restricted various Canadian exports, including canola oil seed, and handed death sentences to another four Canadians convicted of drug smuggling.

The US and Canada have pledged to work together with China to seek the release of Kovrig and Spavor, but meetings between top US and Chinese diplomats last week, the first President Joe Biden took office, seemed to offer little hope.

US Secretary of State Antony Blinken said Chinese human rights abuses “threaten the rules-based order that maintains global stability,” while senior Chinese foreign policy adviser Yang Jiechi said China “will not accept unwarranted accusations from the US side,” and that relations had fallen “into a period of unprecedented difficulty.”

President and head of the Chinese Communist Party Xi Jinping is driving the assertive approach to foreign relations, alongside bold domestic policies to eliminate poverty and restore rapid economic growth following the coronavirus pandemic, said Steve Tsang, director of the SOAS China Institute at the University of London.

“Xi is extremely ambitious, and he compares himself ... to Mao Zedong and the first Emperor of China,” Tsang wrote in an email to The Associated Press.