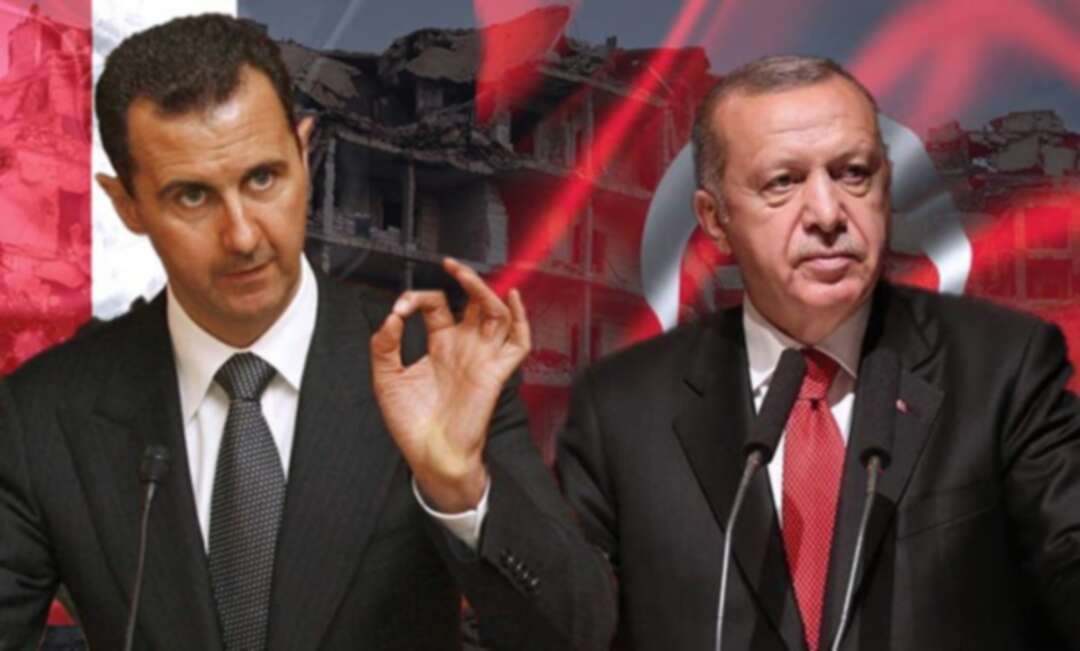 Turkey is changing its political positions to serve its interests. It is promoting that it wants to go back to its old policy of zero problems with neighbours. Syria was the last country it tried to restore relations with when Turkey realised there was no political or military future for political Islam organisations, which it has always worked to support in that hope that Ankara will rule Syria using them.

Turkey is trying to restore relations with many Arab countries including the GCC, which Ankara used to regularly attack in its statements. It is to gain economic benefits by restoring relations with Gulf countries; however, it does not seem it will achieve that before the Turkish presidential elections next year.

Turkish President Recep Tayyip Erdogan confirmed, on 25 July, that efforts to develop Turkish relations with the KSA and the UAE are still ongoing. "A joint technology fund has been established with the UAE, and negotiations are continuing quickly about a comprehensive economic partnership agreement that includes investment. We also see the Saudi authorities are making efforts to alleviate the problems of our businessmen, and they call our contractors to carry out projects in the two countries."

"The meetings to normalise relations with Egypt are also continuing with not major obstacles preventing them. There is no reason for not holding   high-level talks with Egypt," said Erdoğan referring to Ankara's efforts to repair relations with Cairo. Nonetheless,  Erdoğan made it clear that the Turko-Egyptian talks were continuing at the lowest level, noting that there was nothing to prevent them from elevating to a high level as long as the two sides understand each other, pointing out that the two countries “must avoid harming each other”.

In his speech, he made a distinction between  Egyptian people and authorities, in an attempt to convey a message to political Islam organisations in Egypt implying that Turkey will refloat them in case the reconciliation with the Egyptian authorities failed. " The people of Egypt are Muslim and our brothers. It is not possible for us to be offended with the Egyptian people," he said.

Ankara has even tried to restore relations with Israel. On 17 August, Israeli Prime Minister Yair Lapid announced that his government would resume full diplomatic relations with Turkey. "It was decided once again to upgrade the level of relations between the two countries to that of full diplomatic ties and to return ambassadors and consuls general. Upgrading relations will contribute to deepening ties between the two peoples, expanding economic, trade, and cultural ties, and strengthening regional stability, “said Israeli PM.

This rapprochement has an impact on military aircraft. A Turkish warship anchored in Israel's Haifa Port for the first time in over a decade as part of a NATO patrol in the region, the Jerusalem Post reported. The TCG Kemalreis (F-247), a Barbaros-class frigate, docked in Haifa along with the USS Forrest Sherman, an American-guided missile destroyer. "The docking is part of Israel's cooperation with and support of NATO," a spokesperson for the Israel Defense Forces said in a statement.

A spokesperson for the Israeli army said the warship was making a stopover as part of NATO activities and no activities were planned between the Israeli military and the Turkish ship, its crew or commanders, including receptions, drills or meetings.

After years of supplying the militants with weapons and ammunition and instigating the  civil war in Syria, Turkey has recently begun to restore relations with Damascus. The deputy head of the ruling Justice and Development Party Hayati Yazıcı stated, on 17 August, that the relations with Damascus may become direct and see an increase in their level.

"I have always believed the conflicts can occur be between institutions، families or countries. Dialogue can take be held directly or indirectly. It has been held so far indirectly at a specific level; today the level was increased a little and the climate that will be formed in the future will contribute to getting out of this 11-year-old quagmire," he claimed, indirectly denying  Turkey's obvious role in what happened in Syria, especially in terms of military conflict.

His statement came a day after a statement by the Turkish Foreign Minister in which he said: “The regime and the opposition have to reconcile to establish lasting peace in Syria”.  Erdogan confirmed that on 19 August when he stated that he “did not rule out dialogue and diplomacy” with the regime in Syria.

Consequently, it seems that Turkey will go back to its zero problem policy. However, one of the things that Turkey did not mention was the alleged military operation in northeastern Syria. Ankara no longer launches threatening statements about its intentions to invade the region overnight. This shows that Turkey's efforts to be a central regional player that controls the Middle East have failed.

Perhaps the most important thing for Ankara today is to fix its economy and try to benefit from the Ukrainian war, especially in regards to Ukrainian wheat, which obliges it to make major concessions to Moscow to ensure stability in Russia’s areas of influence in the Middle East, especially in Syria.