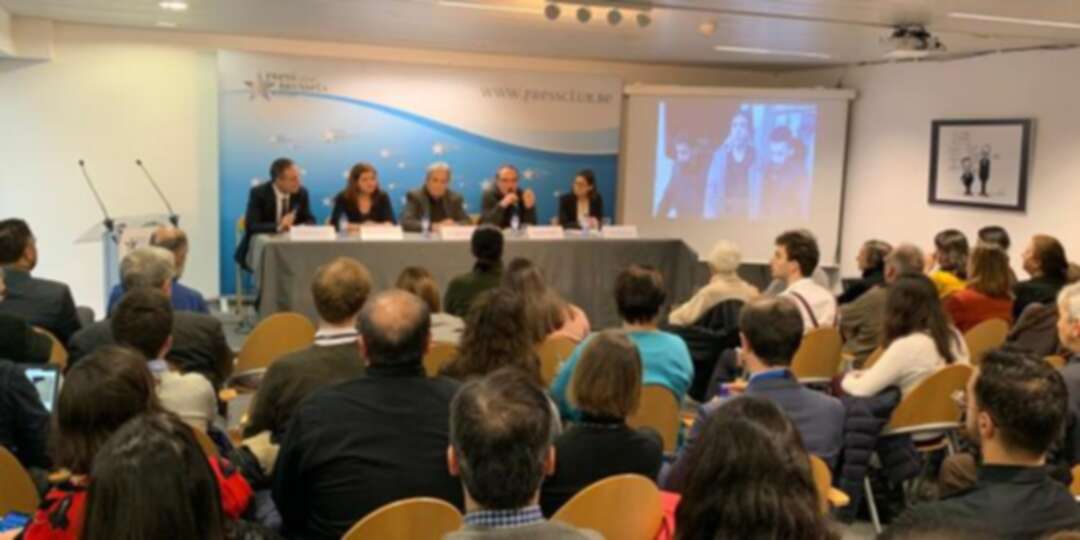 On Monday, January 27, the Brussels International Research Center held a conference and lunch discussion titled "Turkey's Deepening Deterioration of Human Rights: From Emergency to a Perpetual Crackdown," at the European Press Club in Brussels.

The center, which is based in the Belgian capital, noted in a framing and introductory paper that this conference comes One day prior to the UN Universal Periodic Review on Turkey, as Turkey remains a world leader in the arrest and imprisonment of journalists, and in human rights violations generally.

The paper added: "There were approximately 180 journalists and media workers in Turkey in detention without trial or serving sentences on terrorism charges without any compelling evidence of their involvement in any criminal activity, and hundreds of others are being prosecuted, including civil servants and teachers and politicians, as well as police and military officers. "

Reports from civil society and OHCHR sources indicate continued torture, ill-treatment, and inhuman and degrading practices in Turkish police headquarters and prisons, as well as the absence of any meaningful investigation.

The Brussels International Research Center, which is supervised by the researcher and political analyst, Ramadan Abu Jazar, notes that all these issues have been raised by the United Nations High Commissioner for Human Rights on several occasions, as well as the European Union spokesperson, but without any practical action against the Turkish authorities.

The conference was also attended by credible human rights organizations in its field of work, diplomats and international experts, and several families of victims who were subjected to severe and grave violations that rocked Turkish and international civil society, as members of Yorum band known for its strong political songs for decades, which released twenty-three albums And one movie since 1985.

The Turkish, European and American press have always published news of the obstacles and tribulations suffered by the Yorum band, among which are the arbitrary ban of many of the band's concerts and albums over the years, and the targeting of the repressive Turkish security authorities of their members by systematically and continuously arresting and torturing them.

Ihsan Cibelik a member of the band who suffered from the scourge of arbitrary imprisonment and unjustified torture, along with the rest of the Yorum members, provided the details and data about these recorded violations, which became more fierce and aggressive during the reign of President Recep Tayyip Erdogan, and two members of the Yurom band performed a banned song in Turkey on guitar and bouzouki.