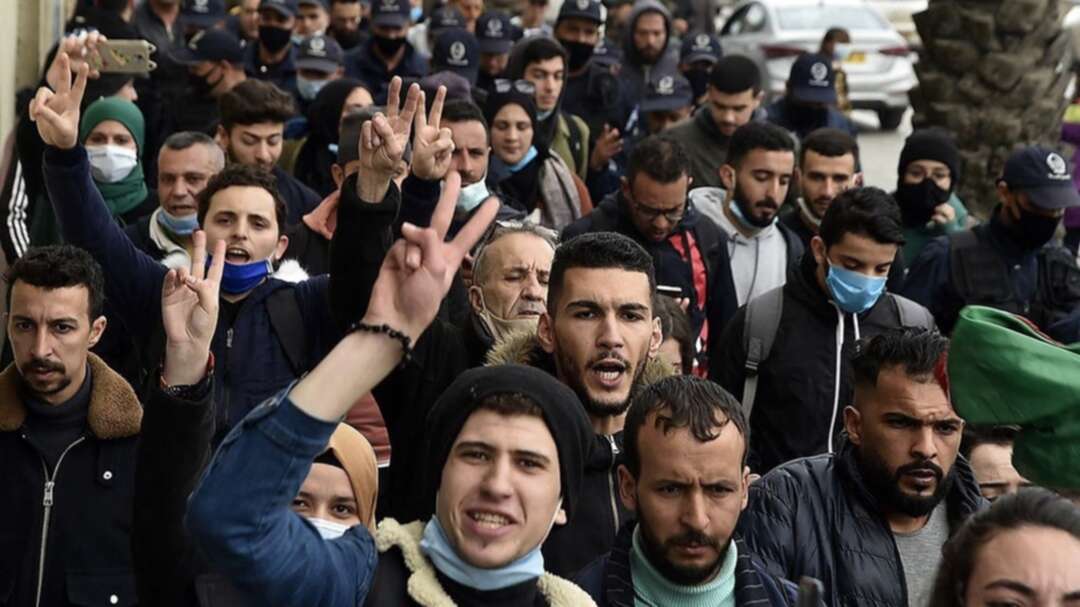 Policemen are seen on the sidelines as students chant slogans while demonstrating in the center of Algeria’s capital Algiers, February 23, 2021. (Ryad Kramdi/AFP)

Dozens of Algerian students defied police Tuesday to demonstrate in the capital Algiers, a day after major protests for the second anniversary of mass anti-government rallies.

The “Hirak” protest movement forced longtime president Abdelaziz Bouteflika from power in 2019, and before the protests were stalled amid COVID-19 restrictions last year, marches were held every Tuesday.

A mass rally in Algiers was held on Monday to mark the protests that kicked off on February 22, 2019, to oppose Bouteflika’s bid for a fifth term.

The protests on Monday were the largest since the weekly demonstrations were suspended.

On Tuesday, students continued, despite police deploying in force before dawn in the center of Algiers, especially at Martyrs’ Square, where student marches used to begin.

“We are students and not terrorists,” some chanted, according to AFP journalists. “A free and democratic Algeria,” others shouted.

Protesters demand a sweeping overhaul of a ruling system in place since Algeria’s independence from France in 1962.