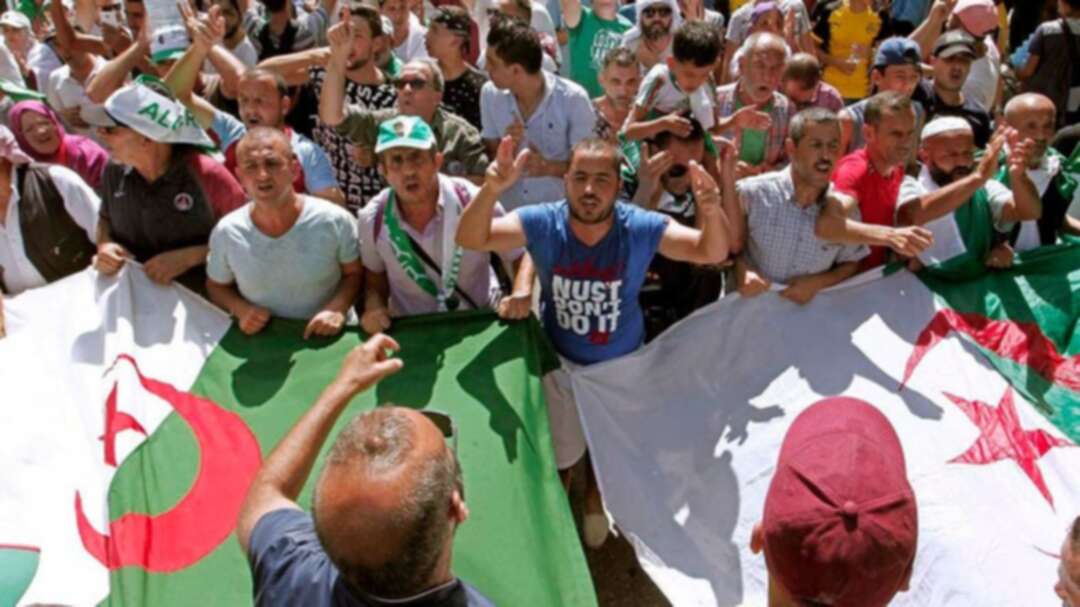 Algerian demonstrators take to the streets in the capital Algiers to protest against the government. (File photo AP)

Khalid Toumi became the 12th ex-minister to be detained since Bouteflika resigned in April under pressure from protesters demanding the removal of the ruling elite and the prosecution of people suspected of involvement in corruption.

Two former prime ministers have also been in detention over alleged corruption since the protests erupted on February 22.

Protesters now demand the cancellation of a December 12 presidential election, believing it will not be fair as some of Bouteflika’s allies including interim president Abdelkader Bensalah and Prime Minister Noureddine Bedui are still in power.

The army is now the main player in Algeria’s politics and its chief of staff Lieutenant General Ahmed Gaed Salah has repeatedly vowed fairness and transparency for the vote.

The election authority on Saturday said five candidates, including two former prime ministers, would run in the election.