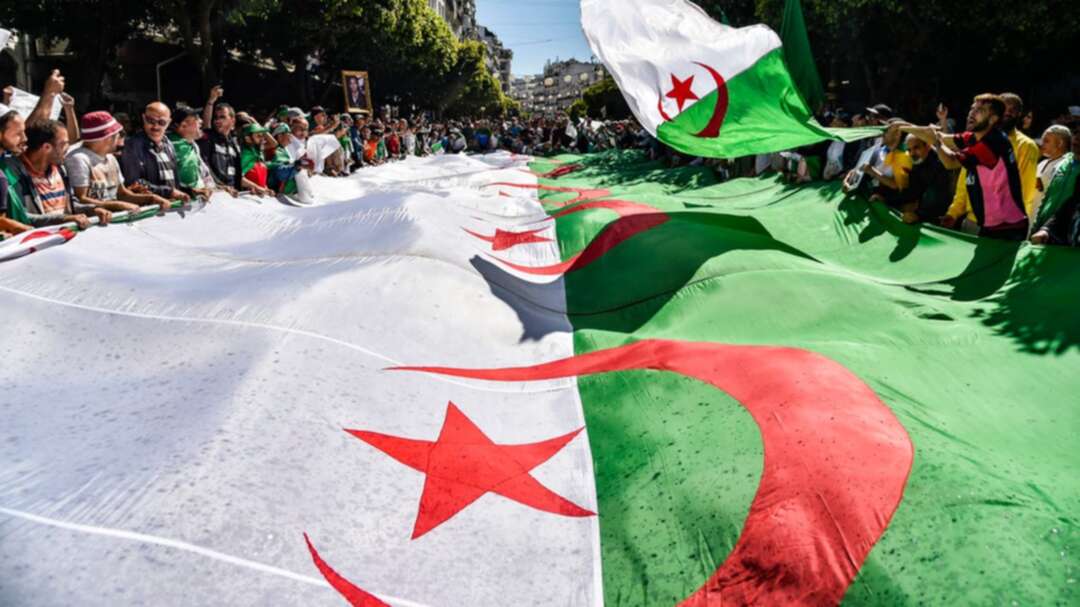 A file photo shows Algerian protesters march with a giant national flag during a demonstration in the capital Algiers on May 31, 2019. (AFP)

Algerian President Abdelmadjid Tebboune announced a highly anticipated, but ultimately limited, government reshuffle on Sunday, the eve of the second anniversary of a protest movement that is regaining momentum. Algeria reshuffles

The reshuffle saw few major changes, according to a list published by the presidency.

Among those keeping their posts are under-fire Prime Minister Abdelaziz Djerad and Justice Minister Belkacem Zeghmati, seen as a symbol of Algeria’s judicial crackdown on protesters and opposition activists. Algeria reshuffles

Those on the way out include industry minister Ferhat-Ait Ali, who had attracted criticism for his handling of a relaunch of the auto sector.

A handful of other ministries, including the energy, water, tourism and public works portfolios will also change hands in the limited reshuffle.

A date for the early polls has yet to be set, but the vote should take place within three months, according to the constitution. The deadline can be extended once for another three months.

During an address to the nation Thursday, Tebboune had called for the dissolution and said he would reshuffle the government. 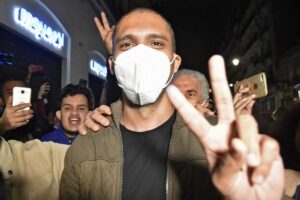 Algerian journalist Khaled Drareni is greeted by supporters upon his arrival to his home in his capital Algiers, following his release from the Kolea prison, on February 19, 2021. (AFP)

He also declared dozens of pardons for pro-democracy activists in a gesture of appeasement, as the Hirak protest movement, which swept former strongman Abdelaziz Bouteflika from power in 2019, gathers momentum again.  Algeria reshuffles

The movement’s weekly rallies had been suspended in March last year amid coronavirus restrictions.

Tebboune’s initiative comes ahead of the Hirak’s second anniversary on Monday, with calls on social media for demonstrations to mark the day.

At least 35 detainees have since been released, according to rights activists. Algeria reshuffles