Alex Salmond ally claimed he had been told name of accuser, MSPs hear 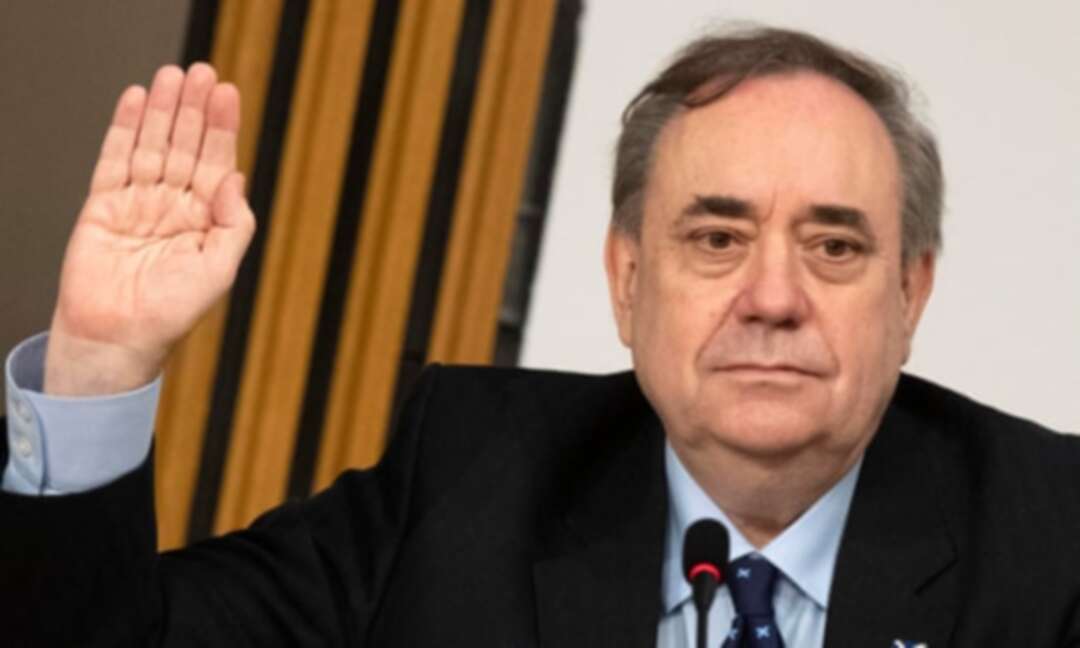 Aberdein alleges the senior official revealed Salmond was being investigated for alleged sexual harassment several days after the ex-SNP leader was officially told he was under investigation.

A former civil servant has told MSPs one of Alex Salmond’s allies claimed he was leaked the name of an official who accused the ex-first minister of sexual harassment.

Lorraine Kay, who worked in Salmond’s private office for five years, said Geoff Aberdein told her the name was leaked to him by a senior government official in early March 2018 and shared that name with her.

Aberdein, Salmond’s chief of staff while he was first minister, alleges the senior official revealed Salmond was being investigated for alleged sexual harassment of female civil servants several days after the ex-SNP leader was officially told he was under investigation.

Her account follows very similar statements published by the committee last week from Kevin Pringle, Salmond’s former spokesperson, and Duncan Hamilton, an advocate who is also one of Salmond’s lawyers. Alex Salmond

Both men said they took part in a conference call with Aberdein; they did so the same day he spoke to Kay. Pringle told MSPs Aberdein “is in no doubt that a complainant’s name was shared with him”.

The Conservatives argue these claims raise challenging questions for Nicola Sturgeon, Salmond’s successor as first minister and his former protege. Salmond alleges her government and senior figures in the SNP conspired to smear him in an effort to wreck his reputation.

Neither Aberdein nor the unnamed official testified to the committee for legal reasons, meaning their competing accounts have not been tested under oath.

Kay has given statements to the Holyrood committee investigating the botched Scottish government inquiry into those historical complaints and to James Hamilton, the former Irish director of public prosecutions who is investigating Sturgeon for allegedly breaching the ministerial code.

Kay, the unnamed third witness who Salmond referred to when he testified late last month, has told MSPs she was the first person Aberdein spoke to after meeting the senior government official, who cannot be named for legal reasons.

She said Aberdein was “shocked” to be told by that official Salmond was under investigation and that he was also given the name of the complainer – . Her statement is expected to be published by the committee later on Tuesday, after it meets in private to read drafts of its report into the controversy.

Salmond told the committee Aberdein had also told him about the meeting with the official and learning the complainer’s name, either that day or four days later. Alex Salmond

During six hours of evidence under oath in late February, Salmond said: “What I can be absolutely certain of is

Sturgeon told MSPs last week the senior official involved had a very different recollection of what happened, and that that competing version had also been given to Hamilton, who is in the finishing stages of his ministerial code inquiry.

“The account that I have been given has given me assurance that what is alleged to have happened at that meeting did not happen in the way that has been described,” she said.

Sturgeon has repeatedly denied Salmond’s allegations she, her government and party conspired against him. The idea he was the victim of “some kind of plot or conspiracy is actually quite offensive, given the years of loyalty that the people who are being accused of that have shown to Alex Salmond,” she told MSPs.

A Scottish government spokesperson said: “The first minister has made the position on this clear in her evidence to the committee last week and looks forward to the findings of the report from the independent adviser on the ministerial code