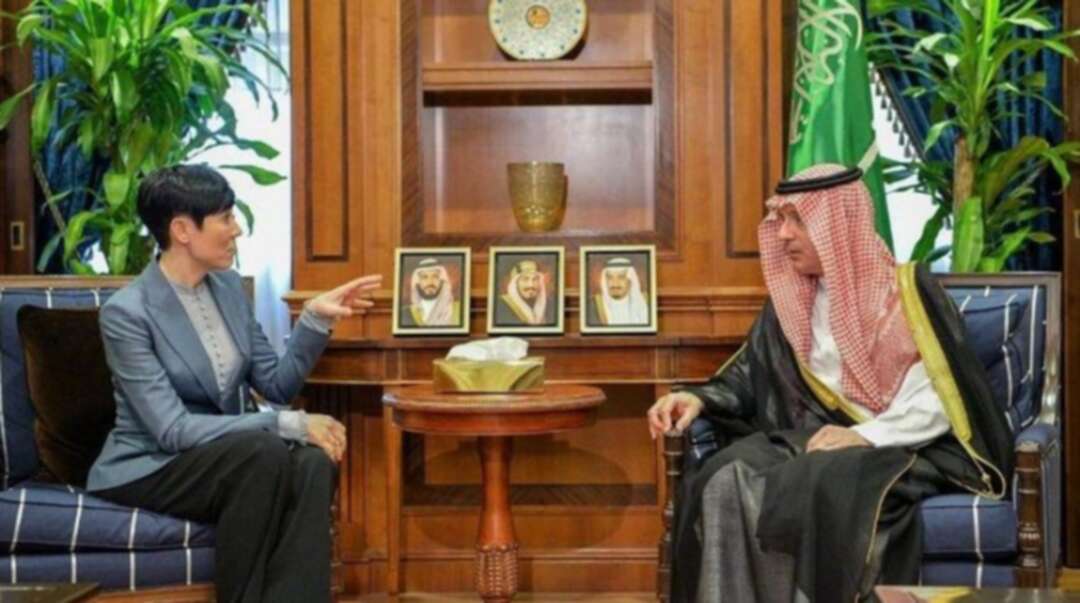 Al-Jubeir Says No Back Channels With Iran

Saudi Arabia's Minister of State for Foreign Affairs Adel Al-Jubeir called on Iran to respect international norms, stop financing terrorism and to commit to principles of good neighborliness with the Gulf states.

Speaking at a joint press conference in Riyadh after meeting with Norwegian Foreign Minister Ine Marie Eriksen Soreide, Jubeir stressed there were no back channels between Saudi Arabia and Iran, adding that the Kingdom’s stance on Tehran is clear.

Meanwhile, Jubeir indicated that his talks with the visiting FM touched on the Yemeni crisis. They discussed bilateral relations and cooperation, ways to provide humanitarian assistance to Yemen, and regional and international issues of common concern.

Jubeir noted that Norway is one of the largest countries supporting Yemen, and stressed the need to support the mission of the UN envoy Martin Griffiths to reach a political settlement and open a humanitarian corridor for aid delivery.

He also highlighted the US peace plan in the Middle East, stressing that Riyadh is committed to supporting the Palestinian decision because Palestinians will determine whether this agreement can be accepted or not.

Jubair said that since the era of King Abdulaziz, Saudi Arabia’s position has been to support the Palestinian choice. He added that the Kingdom can provide assistance and advice, but the decision is for the Palestinians and only they can determine whether the offer meets their expectations or not.

He concluded that Saudi Arabia will support Palestine, which is also the position of most Arab and Islamic states.

Turkish soldiers fire a missile at Syrian government position in the province of Idlib on Feb. 14, 2020. (AP) Iran: Parliamentary elections or spark to end of 41 years of tyranny!