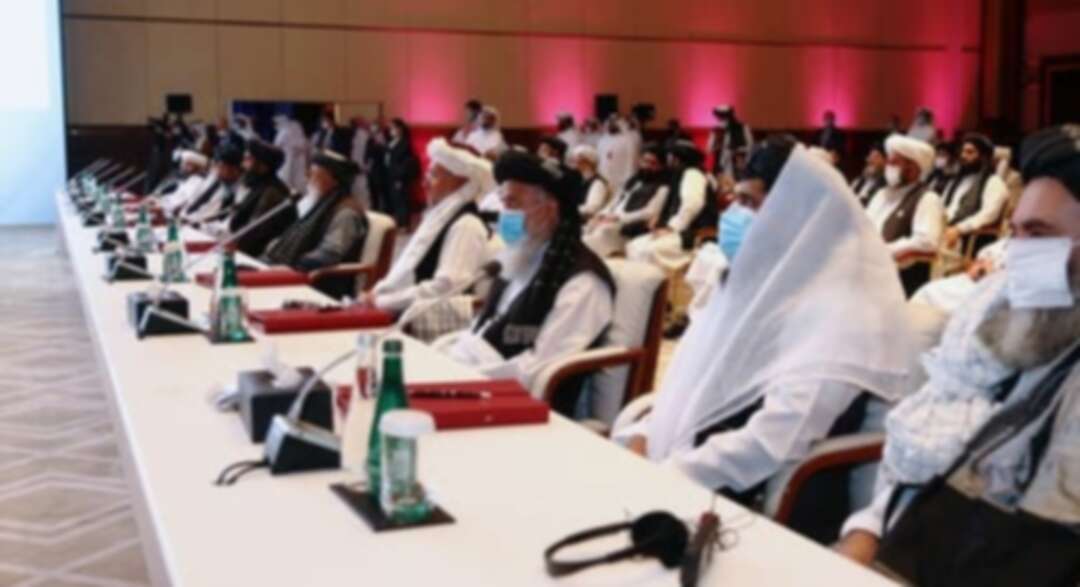 Following months of deliberations and a first round that failed to achieve any major breakthrough, the Afghan government and Taliban are meeting again in Qatar -- but so far only discussing the agenda for round two.

“The Taliban have no clear vision. We see no changes in them.” 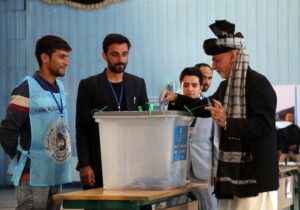 Afghan President Ashraf Ghani, right, casts his vote at Amani high school, near the presidential palace in Kabul, Afghanistan, Saturday, Sept. 28, 2019. Afghans headed to the polls on Saturday to elect a new president amid high security and Taliban threats to disrupt the elections, with the rebels warning citizens to stay home or risk being hurt. (AP Photo/Rahmat Gul)

Kabul is pushing for a permanent ceasefire and to protect governance arrangements in place since the ouster of the Taliban by a US-led invasion following the September 11, 2001 terror attacks.

But since the second round of talks began on January 6 in Doha there has been no significant announcement about how negotiations were proceeding.

The talks have been marred by a surge in violence, with a recent spate of high-profile killings of officials, judges, journalists and activists leaving the war-weary country reeling.

Omar said there was no plan to release more Taliban prisoners to help spur the talks along, saying the government’s previous experience of releasing insurgents failed to reduce fighting. 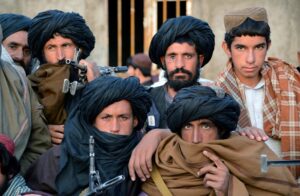 In this photograph taken on November 3, 2015, Afghan Taliban fighters look on as they listen to Mullah Mohammad Rasool Akhund (unseen), the newly appointed leader of a breakaway faction of the Taliban, at Bakwah in the western province of Farah. (AFP)

Before the start of the peace talks on September 12, authorities released more than 5,000 Taliban inmates as demanded by the group in a deal with Washington last year.

In return, the Taliban agreed to give some security guarantees and participate in peace talks aimed at ending the country’s war.

Under the landmark deal signed last year, the US pledged to pull out all foreign forces from Afghanistan by May 2021.

Both the Taliban and the Afghan government are anxiously awaiting President-elect Joe Biden’s inauguration and any new policy directions from the incoming administration.