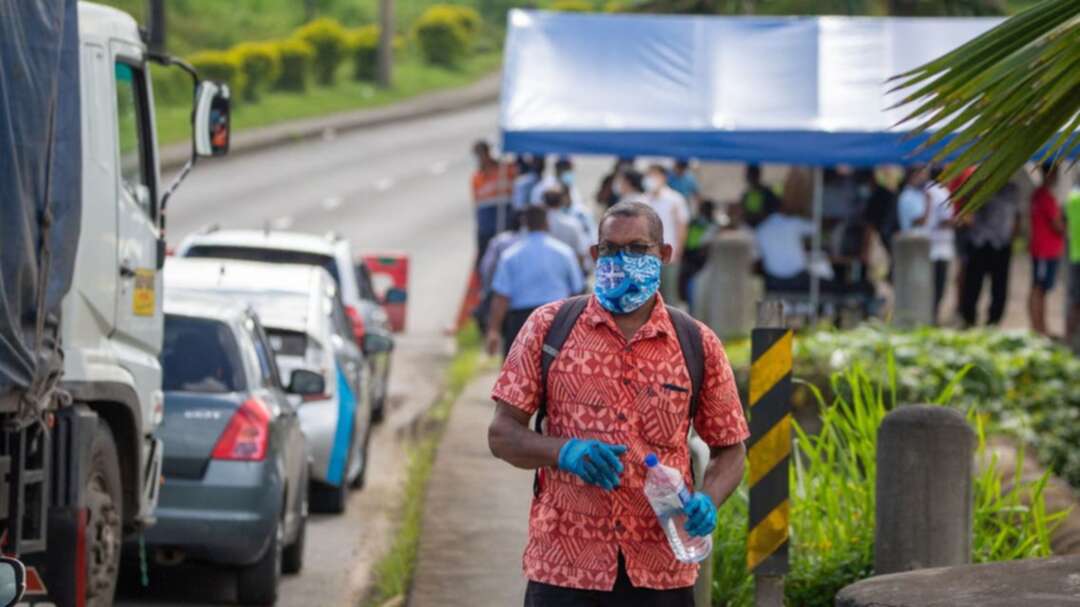 This picture taken on April 26, 2021 shows security officers checking cars along a road in Suva after the Fijian capital entered a 14-day lockdown following a COVID-19 spike following a "superspreader" funeral event. (AFP)

A survey showed that British firms seek for new staff as pubs, restaurants and other hospitality and travel firms got ready for Monday’s lifting of COVID-19 restrictions in England.

According to the survey by job search website Adzuna an exodus of foreign workers is aggravating a shortage of candidates, with more than 10 jobs on offer for every job-seeker in some cities.

Job adverts on Adzuna increased to 987,800 in the first week of May, up by 18% from the end of March, which was before the reopening of non-essential retailers and hospitality firms for outdoor service on April 12.

A further lifting of restrictions to let pub and restaurants to serve customers indoors takes place in England on Monday.

Adzuna said 250,000 fewer job-seekers from western Europe and North America applied for work in the UK per month between February and April than before pre-pandemic.

A combination of Brexit and the COVID-19 pandemic are believed to have reduced the number of foreign workers in the UK.

The UK’s statistics office estimates the number of non-UK nationals employed in the country in the last three months of 2020 fell by 4.0% from the same period of 2019 to 4.22 million, based on tax data, compared with a 2.6% fall for UK nationals to 24.0 million.

Adzuna said there were 13 jobs on offer for each job-seeker in Manchester while the ratio in Cambridge and Oxford stood at 11. In Maidstone, southeast England, there were 20 jobs for every job-seeker.

The shortage of workers is not unique to Britain. Hospitality firms in parts of the United States have said their holiday seasons are threatened by a lack of staff, echoing recent problems in Australia.

A feared surge in job losses in the UK has not happened, largely because of a massive public jobs subsidy scheme. That furlough scheme is due to be phased out over the summer before ending in September.