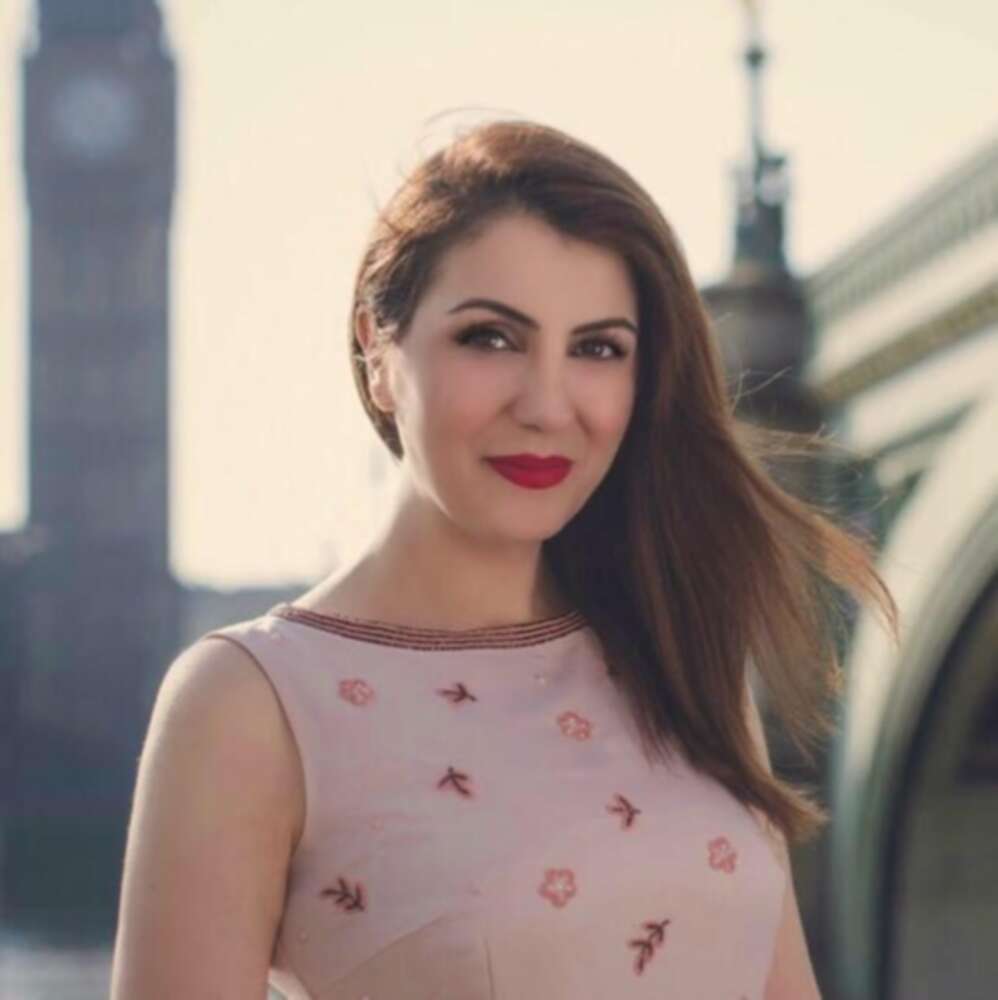 The influence of visual aesthetics on cognitive powers gives the photographers an amazing opportunity to speak without the need to write, the language of the photographer is the lens of his camera, and the professional photographer is a professional speaker. This is what attracted me in this creation of a Syrian young man who works in photography and has an amazing account on the Instagram, he takes pictures for places we might not pay attention to while hanging around in the streets of London. I decided to meet him after my knowledge about him via an interview recorded with him by humanitarian organization dealing with refugees in Britain.

Every day I look at the photos he publishes on the Instagram, which usually includes pictures of touristic places but from an artistic angle, richness in colours feeds the visual needs to aesthetics, as if his pictures are invitation cards to visit those landmarks. I looked between the pictures for his story or face features to know the whole story behind this creativity, my curiosity prompted me to write to him and express my admiration, he was lovely and thanked me, we agreed to meet in a cafe close to the city centre which is famous for its old Damascene design.

The walls of the cafe and its decorated wood roof with engravings, dating back to 1915, brought from Damascus to London, charmed me. The beauty of the place and its Damascene spirit fascinated me. I wondered about the situation of the Syrian immigrants fleeing the violence, carrying painful stories, leaving beloved ones who did not know their fate and a slaughtered homeland where they left their fragmented memories.

Ayman arrived, whom I recognized according to his eastern features, his shy smile, and his tired eyes because of the harsh situations he faced at this young age. I felt responsible for him, in spite of having the same pain but I did not endanger my life in order to get here, when I was a teenager I fled from a state looks like a large prison surrounded by walls, seeking for a country which respects human rights and freedom of expression and governed by law and democracy.

I surprised him with a question about his story and the motivations of creativity in his photos, and how he came to Britain. My questions were consecutive as if he is in an interrogation room. Ayman, the 25-year-old from Aleppo fled the hell of war in Syria to settle in Turkey, where he learned the language and decided to work to meet his daily expenses. But after settling in Istanbul and getting work in a restaurant, his dad insisted on him to travel to get a better and more secure future.

I did not expect to be shocked by his story after hearing hundreds of Syrian stories with sad ends, but Ayman's story was different, perhaps for its happy end or his long and difficult journey to London. Ayman passed through seven European countries reaching to Calais in France, which is away several miles from Britain by sea, he did not stop dreaming about arriving London, and after many unsuccessful attempts to cross the border, his insistence pushed him to think in another serious and dangerous way although the consequences may lead to end his life. Ayman said, in coordination with my friend, I decided to hide in a small travel suitcase in which I was obliged to act as an embryo and I made a small hole to breathe.  His friend took a picture for him before this experience, he showed it to me while speaking.

" I entered the bag, rolled and prayed. My friend dragged the suitcase and put it in bags box in the bus, I was in a suitcase inside a box trying to breathe hardly and facing an unknown destiny, I lost consciousness many times but my determination and patience made me endure, Ayman added".

With a trembling voice, I asked him how long did the journey take? "Eight hours of fear and terror as I am facing death," he replied.

I interrupted him again, after a silence minute as I pray for his death, please don’t continue, you are now alright, I don’t want to hear more.

Ayman is now in a good health living with a British family who looks after him, he followed his dream and bought a professional camera, he began the journey of photography as he is documenting all moments of his life after the suitcase, in every street and corner, in the day and night. He is working now as a professional photographer for a well-known British company.

There are many painful Syrian stories. The Westerns might consider them fortunate because they are now in safe countries, but the truth is that they don't realize how much they have lost. They have lost everything and safety won't remove the scars of this war.

I was overwhelmed by the pain of life's cruelty, the pride of a person's strength and insistence on excellence and creativity, despite the disasters he experienced.

Rania Hallak A Photographer in a Suitcase