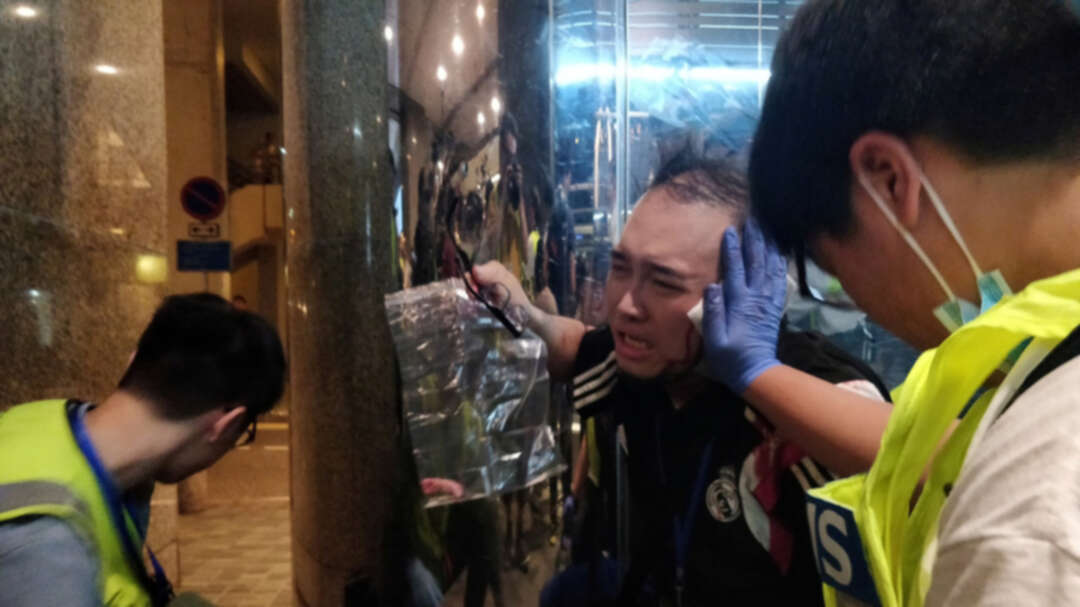 At least six people are injured after a political argument outside a mall in Hong Kong spiraled into a violent knife attack, according to local media. The assailant was beaten by bystanders and is among those hurt.

A tense political dispute is said to have broken out between the suspect and a group of people in CityPlaza mall in the Tai Koo district. A person then took a knife from a bag and assaulted several individuals.

One of the victims was described as lying unconscious in a pool of blood, while others sustained only minor injuries. The assailant was stopped by an angry crowd which surrounded and beat him until police arrived. The attacker, as well as a man who tried to stop the furious mob from beating him, were among those wounded, local media says.

Photos taken during the incident appear to show the perpetrator biting off part of the ear of one of his victims.

South China Morning Post later posted a video where the man is seen clinging to a person described as councilor Andrew Chiu. The screaming mob eventually wrestles the man to the ground. Chiu, seemingly in a state of shock, leans against a wall as he cups his hand over the side of his head.

A video showing a suspect behind a knife assault in Cityplaza allegedly attacking district councillor Andrew Chiu, before being subdued by others. Earlier, people had gathered at the Tai Koo mall for a human chain amid anti-government protests in Hong Kong.

Several hundred protesters had assembled at the mall on Sunday, where they chanted slogans and reportedly vandalized a restaurant. Riot police arrived at the scene to disperse the mob. Demonstrators also damaged turnstiles at a Sha Tin MRT train station, and were seen hurling projectiles at police.

The unrest follows similar mayhem seen on Saturday, when thousands of protesters erected barricades in the city’s central shopping district, defying a government ban on public assemblies in the area. Police used tear gas and water cannons to repel the activists, who were accused of vandalizing several shops, as well as the Hong Kong offices of China’s Xinhua news agency. Around 100 people were detained.The street skirmishes marked the 22nd straight weekend of unrest in the former British colony. Originally aimed at stopping a now-scrapped extradition bill with Beijing, the demonstrations have become more broadly anti-China – as well as increasingly violent.