4 dead and16 detained in communal violence in Bangladesh 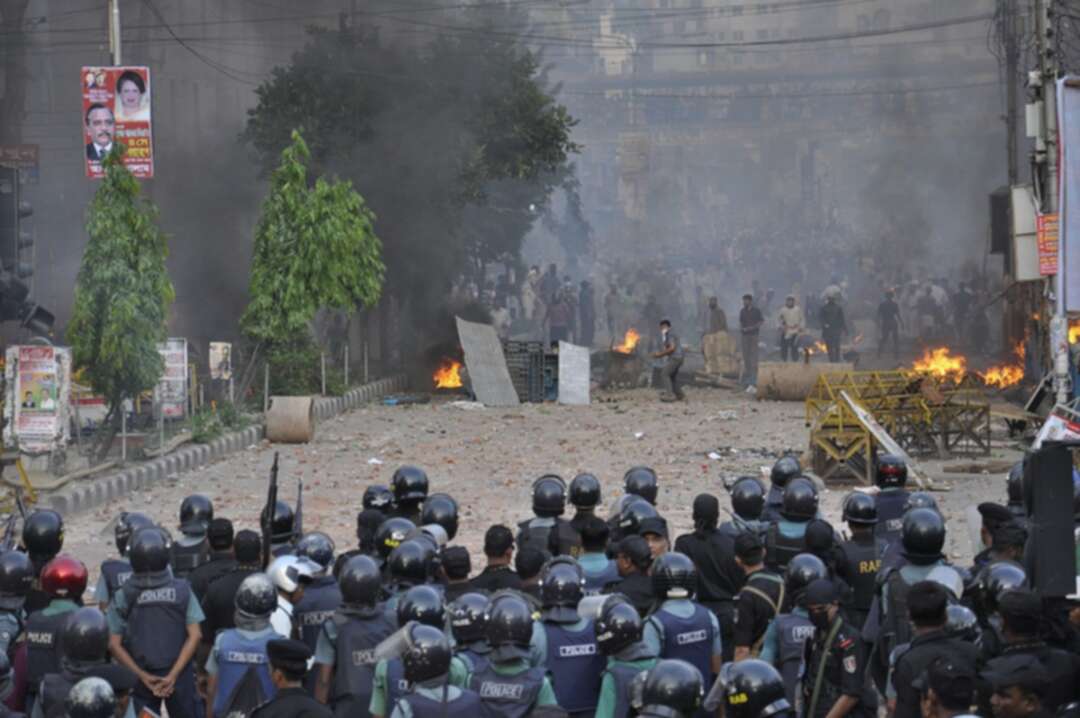 The Bangladesh police confirmed to IANS on Thursday, a total of 16 persons have been detained in Chandpur and Chittagong in connection with the cases filed over attacks on Durga Puja ‘mandaps’ and police-mob clashes in Chandpur’s Hajiganj upazila on Wednesday night that left four persons dead.

The We For News reported, the local administration has imposed Section 144 in Hajiganj Bazar area after the attack on police personnel.

It said, Bangladesh Prime Minister Sheikh Hasina has promised strong action against those involved in provoking communal disturbances by spreading fake photos of the Quran being placed at the feet of a Hindu deity in a Comilla temple during Durga Puja, the biggest festival of Hindus here.

The photos, extensively posted on social media, provoked disturbances across the country. Four rioters were killed in police firing at Chandpur when they went to attack temples and vandalised the Durga Puja pandals, and a large hue and cry was raised by radical Islamists demanding to stop the Durga Puja festival, alleging “insult to Islam”. Two separate probe bodies have been formed, while the police detained seven persons in connection with the incident in Chandpur, besides detaining nine persons over the attacks on puja venues and Hindu homes in Cox’s Bazar.

Hasina said: “Some people are religiously blind and they always want to create communal conflicts. These people belong not only to the Muslim community, but also to all other religions. If we all work together, they can’t commit any harm."

Two separate probe bodies have been formed, one by the local administration and the other by the district police, to look into the incident,” Asaduzzaman Khan Kamal, the Home Minister of Bangladesh, told IANS on Thursday.

He said: “We have identified some persons in connection with the Cumilla incident. Our detective agencies will arrest them soon."

Mohammad Harunur Rashid, the officer in-charge of Hajiganj police station, confirmed the deaths of four persons in the police-mob clashes, who have been identified as Al Amin (18), Yasin Hossain (15), Shamim (19) and Bubul (30). The bodies will be handed over to the families after autopsy.

Milan Mahmud, Superintendent of Chandpur police, said, “A total of 139 rounds of bullet were fired as stones were thrown at the temple and policemen were attacked. As many as 23 policemen, including Additional Police Super Sohel Mahmud and Hajiganj OC Harunur Rashid, were injured. Among them, eight are being treated at the Hajiganj health complex.”

On Wednesday night, a mob under the banner of ‘Towhidi Janata’ pelted stones at the Lakkhinarayan Akhara, a temple, and clashed with the police. At one point, the police opened fire on the militants’ rally, which left four persons dead.

Confirmed Covid-19 cases in Africa reach 8,409,330 Microsoft shuts down LinkedIn in China due to compliance requirements