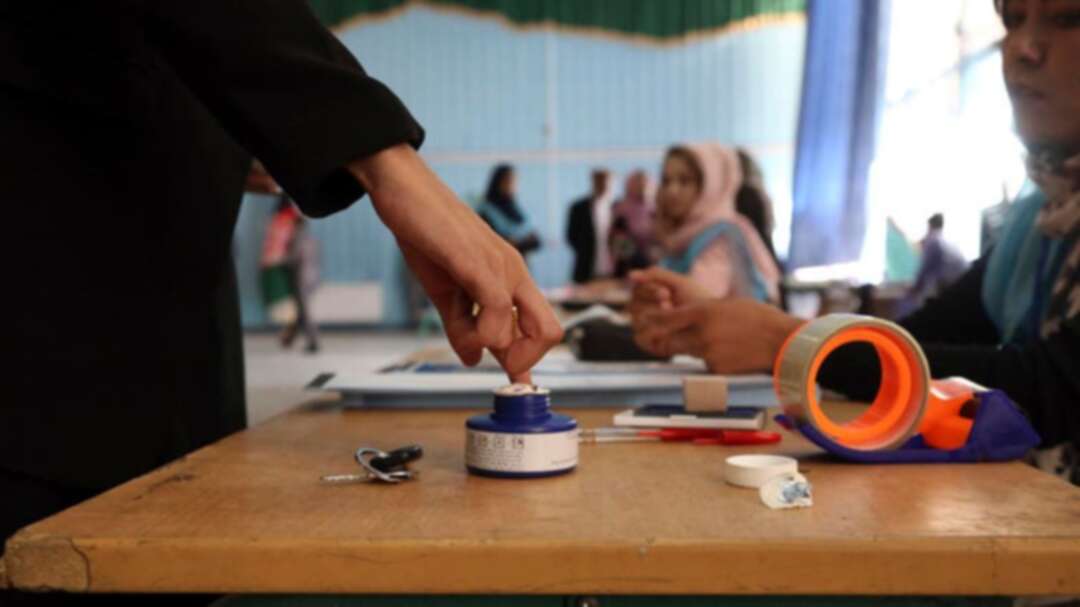 At least 15 people were wounded Saturday when a bomb exploded at a polling station in southern Afghanistan, a hospital official said, hours after voting got unde rway in the presidential election. (AP)

At least 15 people were wounded Saturday when a bomb exploded at a polling station in southern Afghanistan, a hospital official said, hours after voting got underway in the presidential election.

An “explosion took place outside a polling centre in the city of Kandahar, and 15 people -- all men - were injured and were brought to the hospital,” Naimatullah, the head of a regional hospital who only has one name, told AFP.

Insurgents worked to disrupt Afghanistan’s presidential election Saturday, with a series of blasts reported across the country as voters headed to the polls and troops flooded the streets of the capital.

The vote marks the culmination of a bloody election campaign that is seen as a two-horse race between President Ashraf Ghani and his bitter rival Abdullah Abdullah, the country’s chief executive.

The Taliban, who unleashed a string of bombings during the two-month campaign, in recent days issued repeated warnings they intend to attack polling centers.