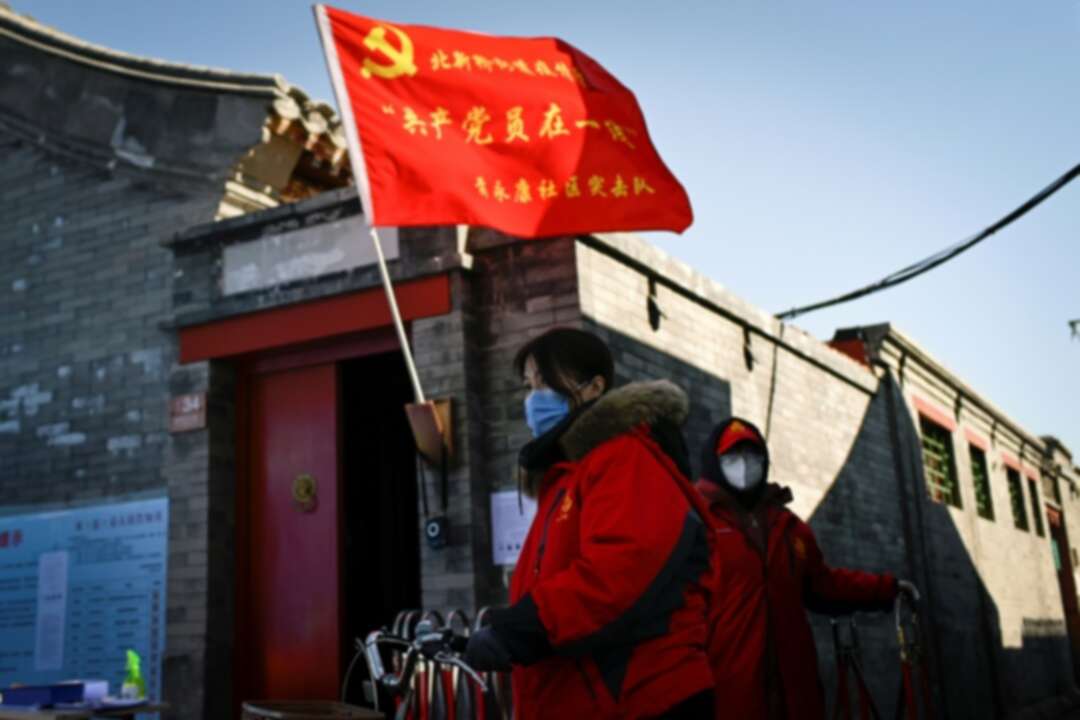 With cases falling in China and soaring abroad, Beijing is now rejecting the widely held assessment that the city of Wuhan is the birthplace of the outbreak File photo AFP

A Chinese government campaign to cast doubt on the origin of the coronavirus pandemic is fuelling a row with the United States, with a Beijing official promoting conspiracy theories and Washington calling it the "Wuhan virus".

The spat comes as China tries to deflect blame for the contagion and reframe itself as a country that took decisive steps to buy the world time by placing huge swathes of its population under quarantine.

With cases falling in China and soaring abroad, Beijing is now rejecting the widely held assessment that the city of Wuhan is the birthplace of the outbreak.

Foreign ministry spokesman Zhao Lijian went a step further on Thursday, saying on Twitter that "it might be US army who brought the epidemic to Wuhan" -- without providing any evidence.

He doubled down on his claim on Friday by posting a link to an article from a website known for publishing conspiracy theories about the 9/11 attacks.

Censors usually vigilant against rumors have also allowed Chinese social media users to spread similar claims about the US being behind the virus.

A video showing a US health official saying some flu victims were posthumously diagnosed as having had COVID-19 was among the top searched items on China's Twitter-like Weibo this week, with some users saying it was evidence the virus originated in the US.

Dali Yang, a political science professor at the University of Chicago, said he believes Zhao was "tweeting in his official capacity".

China's intention in promoting the conspiracy theory is "to divert from domestic discontent" over the handling of the outbreak, which has killed more than 3,100 people in the country.

Asked if Zhao was representing the government's view, fellow foreign ministry spokesman Geng Shuang told reporters on Friday that "the international community, including (people) in the United States, have different views on the source of the virus".

"China from the beginning thinks this is a scientific issue, and that we need to listen to scientific and professional advice," Geng said.

The push to question the origin of the disease contradicts China's initial assessment of the source of the virus, which has now killed nearly 5,000 people worldwide.

Gao Fu, head of China's Center for Disease Control and Prevention, said in January "we now know the source of the virus is wild animals sold at the seafood market" in Wuhan.

Chinese authorities themselves saw Wuhan and the rest of Hubei province as a threat as they placed the region of 56 million people under strict quarantine to contain the epidemic.

Scientists, however, have long suspected that the virus jumped from an animal at the Wuhan market to a human before spreading globally.

The World Health Organization has said that while the exact path the virus took between its animal source and humans is still unclear, COVID-19 was "unknown before the outbreak began in Wuhan, China, in December 2019".

Christl Donnelly, a professor of statistical epidemiology at Imperial College London, said genetic analysis of coronavirus samples collected from around the world shows a common ancestor in China.

"This is not in any way blaming a particular country," she told AFP.

The United States, meanwhile, has angered China by using language directly linking the virus to the country.

US Secretary of State Mike Pompeo has called it the "Wuhan virus", prompting Beijing to reject the term as "despicable" and "disrespecting science".

US President Donald Trump started a televised address to his nation on Wednesday by speaking about the outbreak "that started in China".

The WHO warns against naming infectious diseases in a way that encourages discrimination against ethnic groups.

Robert O'Brien, the US national security adviser, on Wednesday insisted that the virus originated in Wuhan.

Blaming the pandemic on a lack of cooperation from Chinese officials and a cover-up when the outbreak first emerged, O'Brien said this had "cost the world community two months to respond" to the threat.

Jiang said that "by sowing doubts into people's mind about where the virus originated, they're trying to deflect part of the blame for the outbreak".