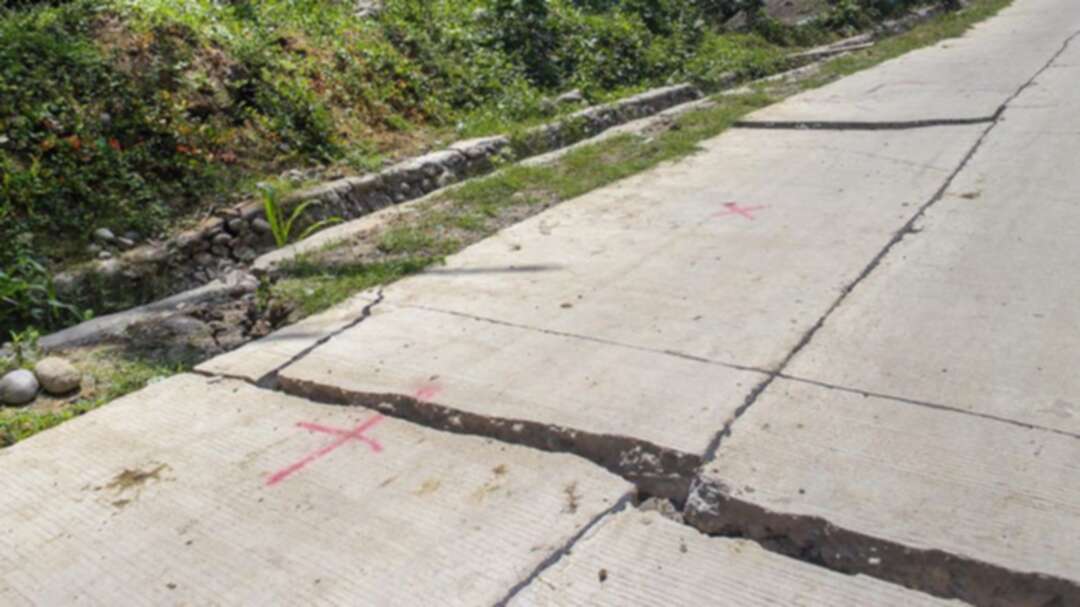 A cracked road in the Philippines due to an earthquake on October, 17 2019. (File photo AFP)

An earthquake with a magnitude of 6.6 hit central Mindanao in the southern Philippines on Tuesday, shaking buildings and causing residents to rush from schools and offices.

The quake struck 26 km northeast of Tulunan, Cotabato at 9:04 am (0104 GMT), the Philippine Institute of Volcanology and Seismology (Phivolcs) said, leaving one person dead and several others injured.

The earthquake also shook nearby provinces and cities, including Davao City, the hometown of President Rodrigo Duterte and among the most populous cities in the country.

DZMM radio reported that power cables were seen swinging in Davao, while people rushed to open spaces, with some fainting because of fear.

Classes in schools were suspended after the earthquake.

The quake was initially reported as being of 6.7 magnitude by the European-Mediterranean Seismological Centre (EMSC).

Earthquakes are common in the Philippines, which is on the geologically active Pacific Ring of Fire.