The National News reported according to Reuters, Myanmar's military government has freed hundreds of political prisoners – including a famous comedian – from the notorious Insein prison.

Comedy actor Zarganar and Aung San Suu Kyi's party spokesman were among more than 5,600 people freed in an amnesty on humanitarian grounds, state television reported minutes after military ruler Gen Min Aung Hlaing's speech on Monday. Those freed had been arrested or wanted over their roles in protests against the military takeover earlier this year.

Factory worker Kyi Kyi was one of the dozens waiting outside the prison early Tuesday, hoping to see her husband, who was arrested in February.

She told AFP: "I also came here yesterday. "He was not released. Hopefully, he will be today." 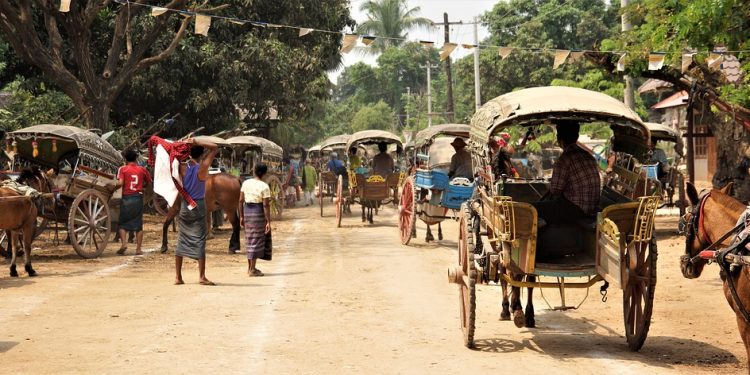 Nwet Nwet San, said he was hoping his son, a soldier who had run away from the army, would be freed. He told AFP: "He's been in prison for eight months."

Read more: Policeman killed and 17 injured in blast near Balochistan University in Pakistan

The move was described by some activists as a ploy by the military government to try to rebuild its international reputation after the Association of Southeast Asian Nations (Asean) took the rare step of excluding the junta chief from its summit.

UN special rapporteur Tom Andrews issued a tweet welcoming the release but said it was "outrageous" that they were detained in the first place.

He said: "The junta is releasing political prisoners in Myanmar not because of a change of heart, but because of pressure."

According to the report, the junta has released prisoners several times since the February coup.

Asean decided to invite a non-political representative to its summit set for October 26 to 28 in a snub to the military leaders behind the coup against Ms Suu Kyi's elected government.

"They came to me today and said they will take me home; that is all," Monywa Aung Shin, spokesman for Ms Suu Kyi's National League for Democracy party, told the Democratic Voice of Burma late on Monday on his way home from prison.

He spent eight months in prison after his arrest on February 1.

The spokesmen for Myanmar's junta and prison department were not immediately available for comment.

More political prisoners, including parliamentarians and journalists, were freed on Monday in other towns such as Mandalay, Lashio, Meiktila and Myeik.

However, the Democratic Voice of Burma said 11 out of the 38 people released from Meiktila prison in central Myanmar were arrested again.

Myanmar has been in turmoil since the coup, which ended a decade of tentative democracy and economic reform.

Security forces have killed more than 1,100 people, according to activists and the UN. They have arrested more than 9,000 people including Ms Suu Kyi, according to rights group Assistance Association for Political Prisoners, which documents killings and arrests.