According to the We For news, Deborah Lyons, the UN Secretary-General’s special representative for Afghanistan said Afghanistan is at a dangerous turning point as the war has entered a new phase.

The We For News reported that she told the Security Council in a briefing on Friday, “Afghanistan is now at a dangerous turning point. Ahead lies either a genuine peace negotiation or a tragically intertwined set of crises: an increasingly brutal conflict combined with an acute humanitarian situation and multiplying human rights abuses.”

The Indian media outlet said, she asked the Security Council to work to prevent Afghanistan from descending into a situation of catastrophe “so serious that it would have few, if any, parallels in this century”.

Deborah Lyons said: “And let me assure you, such a catastrophe would have consequences far beyond the borders of Afghanistan. I do believe that the Security Council and the broader international community can help prevent the most dire scenarios. But it will require acting in unity and acting quickly.”

Lyons noted, in the past weeks, the war in Afghanistan has entered a new, deadlier, and more destructive phase.

Read more: Pakistan won’t have peace as Al Qaeda and ISIS carry out attacks from Afghanistan

The Taliban campaign during June and July to capture rural areas has achieved significant territorial gains. From this strengthened position, they have begun to attack the large cities, she said.

The provincial capitals of Kandahar, Herat, and Helmand have come under significant pressure, a clear attempt by the Taliban to seize urban centres with the force of arms, according to the envoy.

The human toll of this strategy is extremely distressing, and the political message is even more deeply disturbing, she added. 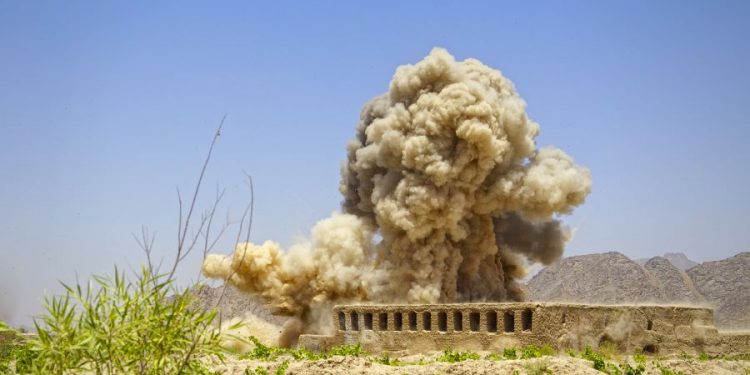 The envoy’s remarks come as the Taliban on Friday captured the city of Zaranj, the capital of Nimroz province on the border with Iran.

This is the first capture of a provincial capital by the group since US President Joe Biden announced complete withdrawal of American troops from the country.

The Taliban attacked the provincial capital on Thursday night. Following the attack, hundreds of residents of the city fled towards the border with Iran, in desperate search for safety.

Nimroz has five districts, of which three are completely under the control of the Taliban now.

The group has seized more than 200 districts till date.

Walking the Thin Line of CAATSA for Aerial Superiority: The Origins of Egypt’s Su-35 Deal Lionel Messi breaks down in tears at the farewell press conference