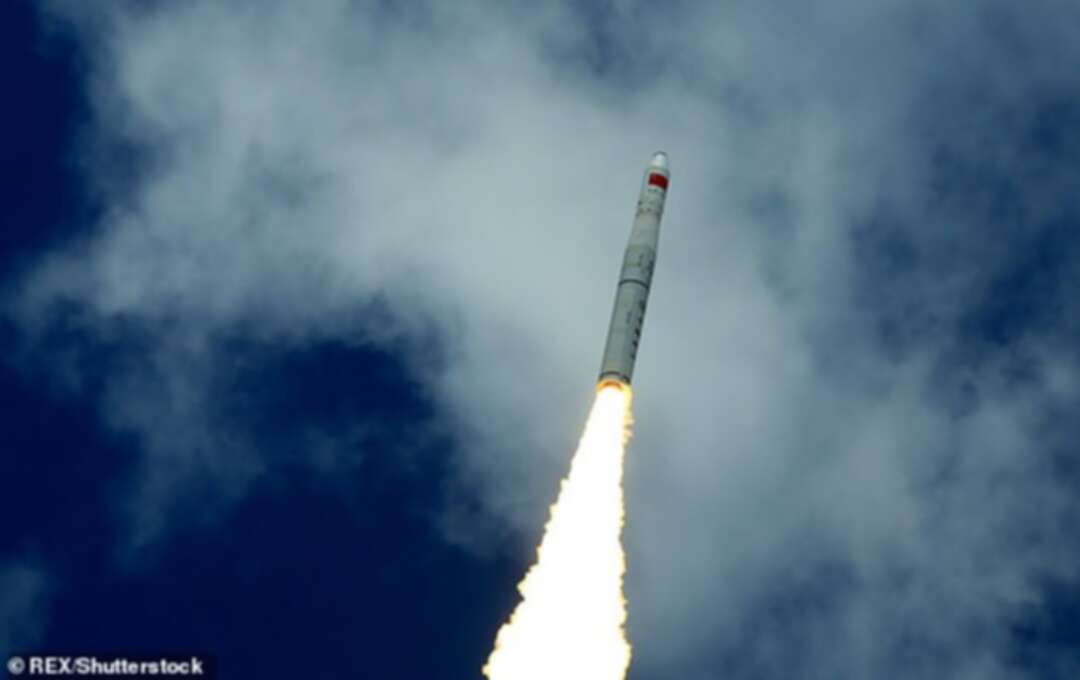 According to the Daily Mail, experts at China’s National Space Science Centre have unveiled a plan to launch a fleet of rockets into space to practice diverting an asteroid away from Earth.

At this time, the space rock will be classified as being potentially dangerous, with scientists having predicted it will have a 1-in-2,700 chance of hitting the Earth.

However, Chinese simulations suggest that the simultaneous impact of 23 'Long March 5' rockets, each some 900 tonnes, could knock Bennu 5,592 miles off course.

This is equal to 1.4 times the Earth's radius — and could be the difference between the asteroid sailing on by and slamming into Earth with devastating consequences.

'Deflecting an asteroid on an impact trajectory is critical to mitigating this threat.'

To knock an asteroid like Bennu off of its original course, a considerable amount of kinetic energy would be needed.

While using nuclear-powered explosions may seem the obvious choice for such an endeavour, this approach would come with the risk of the target breaking into separate chunks which could also end up on a collision course with the Earth.

However, Dr Li explained, it will be 'possible to defend against large asteroids with a nuclear-free technique within ten years.'

The approach proposed by the Chinese team would see multiple rockets strike the surface of Bennu at once — after spending some three years travelling from the Earth to reach the asteroid.

The effectiveness of each 'deflector' craft — dubbed an 'Assembled Kinetic Impactor' — would be improved by not separating from the rocket's upper stage, thereby providing extra mass to bear on the impact.

According to the team, the Long March 5 rocket would require minimal modifications — such as the addition of manoeuvring thrusters — in order to to be repurposed for an asteroid deflection mission.

The Long March 5 is the same rocket design that made an uncontrolled re-entry into Earth's atmosphere back in May this year.

Fortunately, the errant rocket craft ended up disintegrating safely over the Indian Ocean, causing no harm.

China is not the only power, however, making preparations to deflect asteroids that could potentially end up on a collision course with the Earth.

HAMMER — short for 'Hypervelocity Asteroid Mitigation Mission for Emergency Response' — is a US concept study to investigate the efficacy of using spacecraft as either a kinetic or nuclear impactor against an asteroid.

NASA simulations suggested that it might take 34–53 HAMMER strikes, all launched 10 years before Bennu and Earth were due to collide, to adequately deflect the asteroid onto a different course.

Were HAMMER to have 25 years lead time, however, such a figure could be reduced to only 7–11 individual launches.