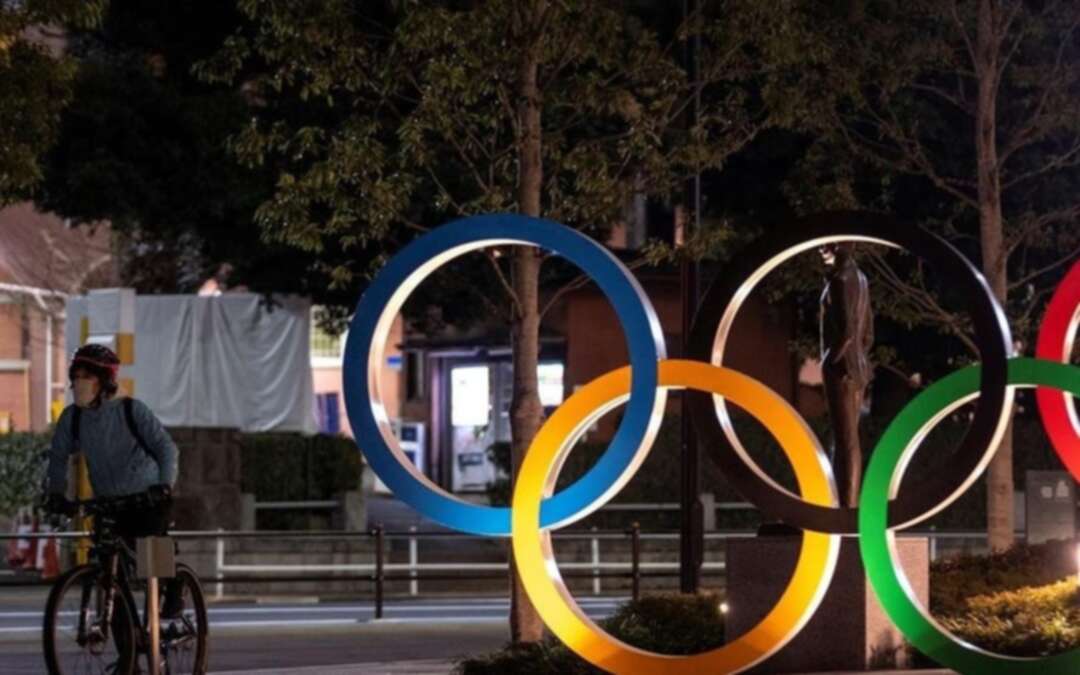 A woman wearing a protective face mask, following the outbreak of the coronavirus, rides her bicycle past The Olympic rings in front of the Japan Olympics Museum in Tokyo, Japan, March 3, 2020. (File photo: Reuters)

The head of the Tokyo Olympics on Friday was again forced to assure the world that the postponed games will open in just over three months and not be canceled despite surging COVID-19 cases in Japan.

Organizing committee President Seiko Hashimoto was asked at a news conference if there were any conditions under which the Olympics would be canceled.

The questions come as the general secretary of ruling LDP political party and the No. 2 in charge, Toshihiro Nikai, raised the possibility the day before.

“There are a variety of concerns but as the Tokyo 2020 organizing committee we are not thinking about canceling the games,” Hashimoto said.

Nikai was asked on Thursday in an interview if cancellation was still an option.

“Of course,” he replied, adding that if the Olympics caused a surge in infections “there would be no meaning to having the Olympics.”

Nikai tried to backtrack later, and Japanese Prime Minister Yoshihide Suga issued a statement Thursday saying there is “no change to the government position to do everything to achieve safe and secure Olympics.”

Hashimoto acknowledged Nikai’s concern and suggested it was probably shared by the Japanese public. Polls show as many as 80 percent in Japan oppose holding the Olympics during the pandemic.

“The fact that he (Nikai) is concerned is a point that we need to take seriously as Tokyo 2020,” she said. “His comment has reminded us of how tedious it was for us to feel confident or be fully prepared for delivering the games.”

COVID-19 cases have been rising across Japan. Despite this, the International Olympic Committee and Tokyo organizers are pressing on. The IOC has seen its income stalled by the postponement, and Japan has already invested about least $15 billion to organize these Olympics.

Japan has attributed 9,500 death to COVID-19, good by world standards but poor by results in Asia. Vaccine rollout in Japan has also been very slow with fewer than 1 percent having received the vaccine.

The national government on Friday was set to add four more prefectures to those already under a “quasi-state of emergency.” This bring the total to 10 and now includes Tokyo neighbors Kanagawa, Chiba, and Saitama.