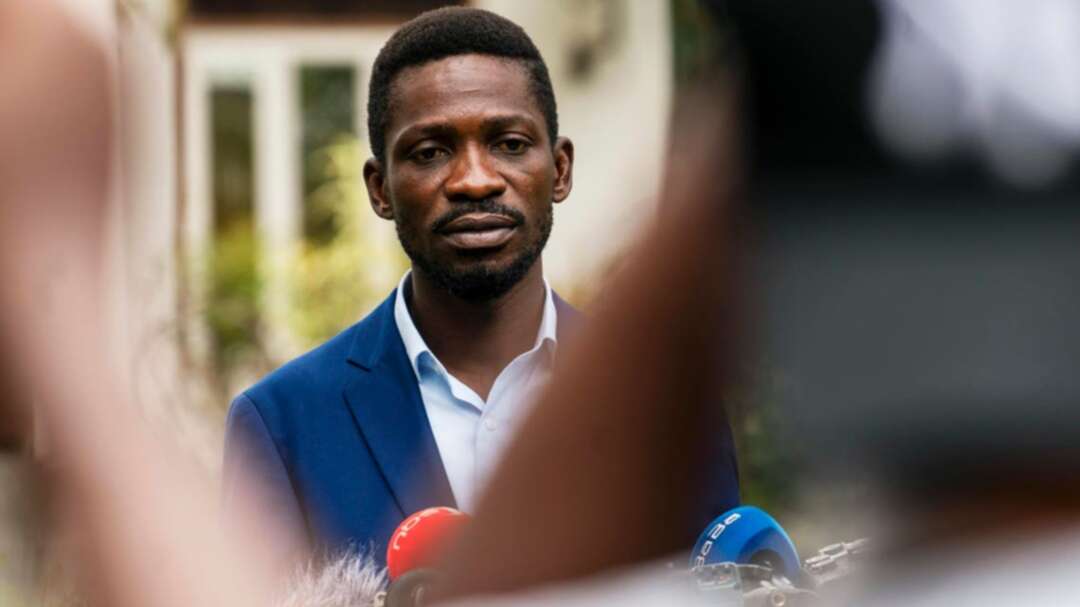 Ugandan opposition figure Bobi Wine has been arrested while leading a protest in the capital, Kampala.

The Daily Monitor newspaper published a photo of the moment Wine was taken away by police while he held a poster saying “Bring Back Our People.”

Wine is protesting the detention of many of his supporters before, during and after the presidential election in January in which he challenged longtime leader Yoweri Museveni. The election was won by Museveni but Wine has disputed the official results, saying they are fraudulent and that he actually won the election.

Authorities accuse Wine, a singer and lawmaker whose real name is Kyagulanyi Ssentamu, of trying to lead violent protests that could cause the collapse of Museveni’s government. Wine says he is leading a nonviolent movement.